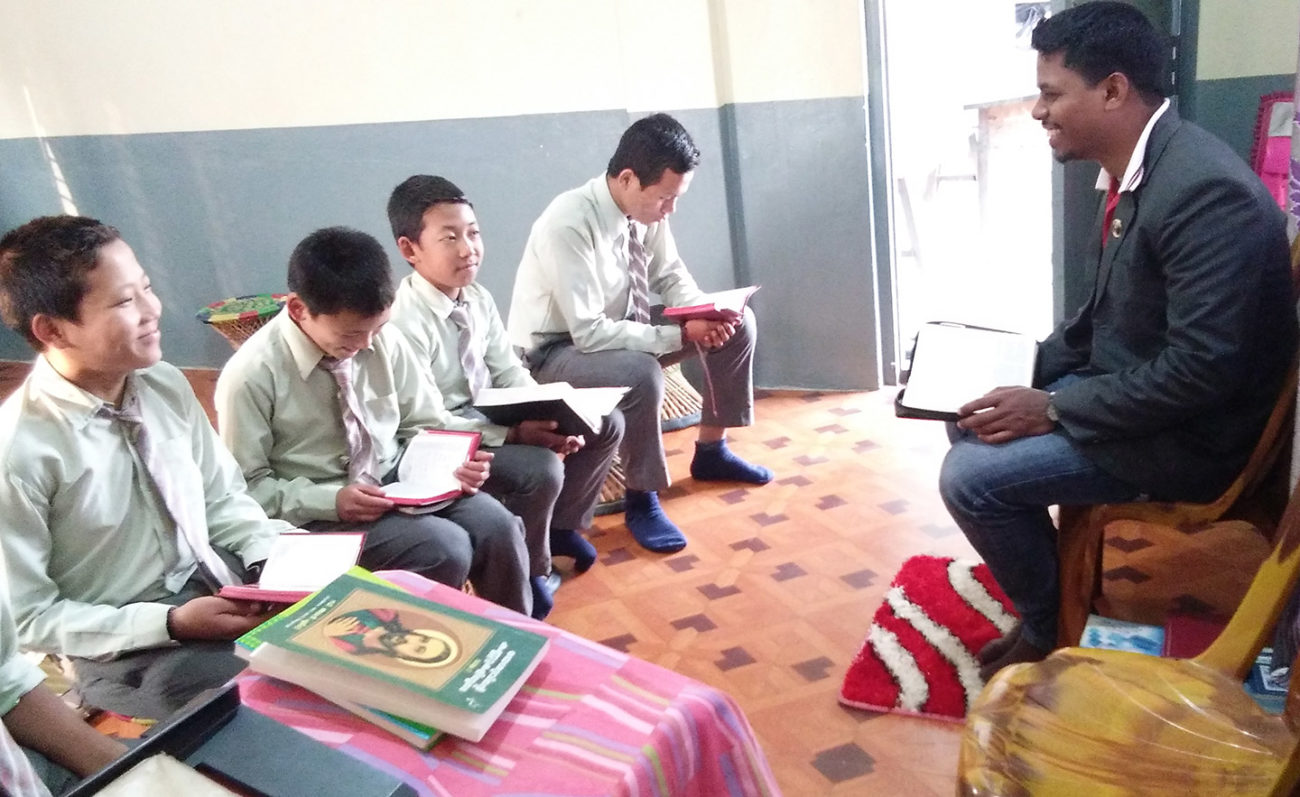 The day was established by the United Nations to recognize those who face danger and adversity in order to help others and was designated to coincide with the anniversary of the 2003 bombing of the United Nations headquarters in Baghdad, Iraq.

This year, World Humanitarian Day 2019 honors “Women Humanitarians” and their contribution to making the world a better place. The United Nations Office for the Coordination of Humanitarian Affairs notes, “Women Humanitarians hold a sense of unparalleled uniqueness, one that adds to the global momentum of female strength, power and perseverance. It is time to honor the women who have acted as first responders to the darkest hours of crisis.”

Salesian missionaries are on the forefront of humanitarian efforts in more than 132 countries around the globe providing immediate assistance during humanitarian crises as well as help rebuilding communities and restoring livelihoods.

“Because our Salesian priests, sisters and lay volunteers live within the communities they serve, they are perfectly positioned to respond in times of humanitarian crisis,” says Father Mark Hyde, director of Salesian Missions. “Salesian programs help to provide food, clothing and shelter to those in need and our missionaries remain through the long recovery process to help families rebuild their homes and salvage their livelihoods.”

In honor and celebration of World Humanitarian Day 2019, Salesian Missions is proud to highlight humanitarian and transformative programming in countries around the globe.

Between the cities of Gambella and Pugnido is the village of Abobo in western Ethiopia. The majority of the population in Abobo is of Sudanese origin because of its proximity to the border of Sudan. Many people have sought refuge there to escape war and famine. In Ethiopia, where rural poverty is endemic, Sudanese refugees find themselves lost and without points of reference and support except for the refugee camps that have sprung up around Gambella.

In 2002, a group of Italian and Spanish volunteers set up a local health clinic in collaboration with local Salesian missionaries in Abobo. Today, the Abobo Health Center serves as a symbol of the community and provides health services for the more than 4,000 local villagers. The facility has 40 beds, a small ward dedicated to sick children and those suffering from malnutrition and a small wing that houses obstetrics. Having expanded its reach over the years, the health clinic serves the approximately 20,000 people living in the area and the 200,000 people in the entire region.

Two Spanish physicians, Tere and Maria, provide medical care for those who are affected by malaria, tuberculosis, HIV/AIDS and various infections common in the region. Thanks to their passion and care, the clinic focuses on maternal and child care, serving two of the most at-risk populations in the country.

Together, they are engaged in providing wellness exams and regular screenings for pregnant women as well as vaccinations to mothers during pregnancy. Tere and Maria are also focused on preventative care. They provide an average of 40 maternal vaccinations per week and attend to 30 births per month.

Salesian missionaries, in collaboration with the Daughters of Mary Help of Christians, operate a school and parish in Khoupum Valley, a small valley surrounded by green hills located in the state of Manipur in northeastern India. The area, which is surrounded by pristine forests and is a holiday destination for many who live in the city, is rich in natural resources but most of the population who are of tribal origin live below the poverty line. Salesian missionaries arrived in the remote area in the 1940s, but the official inauguration of their mission started in 1981.

There are four Salesian missionaries who live and work within the region. They, with sisters from Daughters of Mary Help of Christians, provide education and social support to the 1,100 students who attend the school. There are also 200 students – 100 boys and 100 girls – who live in separate hostels run by Salesian missionaries. They board at the school because some live too far away or are in situations where they cannot be cared for by their families.

The goal of the Salesian missionaries is to ensure that as many young children and older youth in the region can learn to read and write and develop their talents. There is very little attention paid to education in the region and this is especially true for girls who are largely discriminated against and forced to work as domestic workers. Their salary is often used to allow their male siblings to study. Ensuring girls have equal access to education is a focus of Salesian missionaries in India and around the globe. 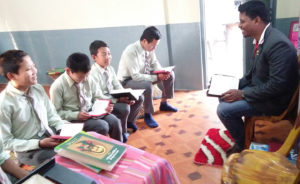 As part of the long-term reconstruction efforts from the devastating 7.8 earthquake that struck Nepal on April 25, 2015 and the second earthquake that struck just after that on May 12, Salesian missionaries with the Nepal Don Bosco Society have developed the Future Helpers program. The program is addressing the shortfall in qualified people to help in the aftermath of disasters as well as the long-term education and employment needs of youth in the region.

The Future Helpers program created training modules at four Don Bosco Centers in Biratnagar, Chakraghatti, Sirsia and Thecho. Twenty-three boys across the four Don Bosco centers are receiving training in a range of subjects through the program. They go to their regular schools and colleges and also receive intensive training on intellectual, spiritual and social subjects to help them cope with their extra responsibilities in addition to their daily studying. They are also given motivational sessions and spiritual and moral guidance. 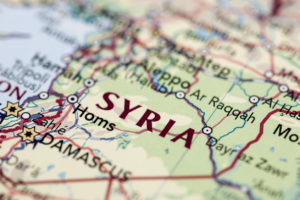 Salesian Sisters working in the cities of Aleppo and Damascus in Syria are starting reconstruction projects to reopen schools and centers for children, teens and women. Despite ongoing conflict and instability, Salesian missionaries and nuns have continued their work with youth in Syria.

Over the course of the last eight years since the outbreak of civil war in March 2011, Salesian missionaries have operated three centers in Kafroun and the particularly high conflict areas of Aleppo and Damascus. Opened well before the start of the war, the centers have been providing educational classes, meeting space and social development and sporting activities for youth and their families. They also offer trauma counseling, emergency shelter, nutritious meals and medical referrals to those in need.

Salesian nuns have been in Syria for over a century and have remained in the country during even the most violent phases of conflict. Many have moved to safer areas, including to the hospital in Damascus which is rated as one of the top healthcare institutions that has remained open. Run by Salesian Sisters, it has 55 beds and employs 26 physicians and 54 nurses.