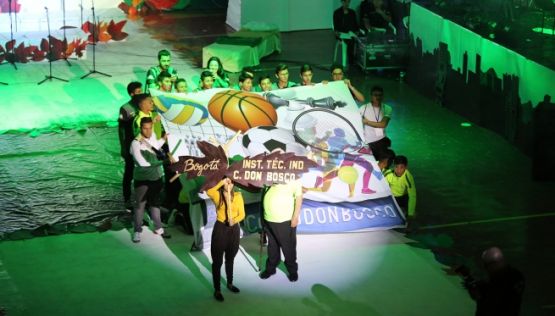 (MissionNewswire) Salesian Missions joins the United Nations (UN) and other international organizations in celebrating the International Day of Sport for Development and Peace which is celebrated each year on April 6. The UN General Assembly designated the day in 2013 and it has been celebrated each year since 2014. The adoption of this day signifies the increasing recognition by the UN of the positive influence that sports can have on the advancement of human rights and on social and economic development.

The United Nations notes that sports are a powerful tool to strengthen social ties and community bonds. They are also a method for “promoting peace, tolerance and understanding by bringing people together across boundaries, cultures and religions.” The U.N highlights sport’s role in advancing teamworking skills, fairness, discipline and respect for others.

In the Declaration of the 2030 Agenda for Sustainable Development, sport’s role in social progress is further acknowledged: “Sport is also an important enabler of sustainable development. We recognize the growing contribution of sport to the realization of development and peace in its promotion of tolerance and respect and the contributions it makes to the empowerment of women and of young people, individuals and communities as well as to health, education and social inclusion objectives.”

“Sports programs teach youth both on and off the field,” says Father Mark Hyde, director of Salesian Missions, the U.S. development arm of the Salesians of Don Bosco. “Learning and playing team sports encourages leadership skills as well as teaches youth to work as part of a team. Students also learn important social skills and have opportunities for growth and maturity.”

In honor of the International Day of Sport for Development and Peace, Salesian Missions highlights sports programs in countries around the globe. 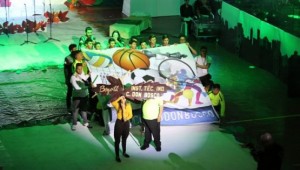 In August 2018, Salesian missionaries held the 13th annual National Salesian Games, bringing together more than 1,000 people including young athletes, families, current and former students, teachers and others. The event, held in Medellin at the Pedro Justo Berrío Institute and El Sufragio School, brought together people from 14 departments across Colombia and focused on volleyball, indoor soccer, basketball and table tennis.

More than 300 student athletes between the ages of 15 and 17 from the Salesian provinces of San Pedro Clave and San Luis Beltrán took part in this event. Over 30 teams participated, sharing the values of joy and friendship promoted by Don Bosco.

Salesian missionaries provide a range of primary and secondary education as well as vocational and technical training for poor and at-risk youth in Colombia. Salesian programs also ensure that the most basic needs of youth are met including shelter, food, clothing and medical care.

The Salesian-run Don Bosco City, one of the oldest and largest programs for street children in Latin America, has been working with youth for 53 years and has rescued more than 83,000 boys and girls since its inception. In addition to street children, Don Bosco City works with child soldiers. It is estimated that close to 6,000 minors continue to be utilized as child soldiers with thousands more having reached their 18th birthday after years of combat. 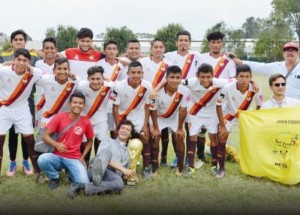 Salesian missionaries provide a range of educational and social programs for poor youth and their families in San Benito Petén, Guatemala. Youth that are involved with the Salesian oratory are able to play sports through the Don Bosco Sports program which launched a football team in February 2016. As one of the programs used by Salesian missionaries to redirect youth away from dangerous activities in the area, the Don Bosco Sports football team engages its participants in healthy activity and competition.

In 2012, Salesian missionaries took over a Catholic parish in San Benito. From the beginning, Father Giampiero de Nardi, a Salesian missionary leading the parish, has been looking for ways to improve programming for poor and at-risk youth in the area. Founding Don Bosco Sports was a way to introduce youth to the many Salesian programs available.

For some football players that have the skills to qualify, belonging to a team is a source of financial support for their families. Other football clubs are then able to see how the young men play and can recruit them onto more professional teams. 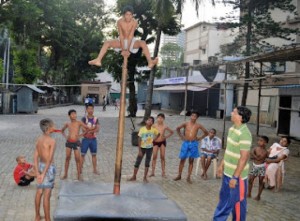 Boys at the Bosco Boys Home located in the Borivli neighborhood of Mumbai, India were introduced to mallakhamb, a traditional Indian sport, as a way to stay fit and healthy. The sport involves performing aerial yoga postures and wrestling grips in concert with a vertical, stationary or hanging wooden pole, cane or hanging rope. The word mallakhamb refers to the pole used in the sport.

“This is the only sport that provides optimum exercise to the entire body in the least possible time. Besides giving perfect shape and form to the body, it also gives remarkable control over the limbs. Due to continuous twisting and turning, the whole body gets massaged and every cell is rejuvenated,” explained Moreshwar Ingole, the mallakhamb instructor.

He added, “’External muscles are developed and the efficiency of internal systems is also increased. It also makes use of a number of yogic postures and helps to have control over the breath, the functioning of the brain and other faculties like memory, concentration and coordination are also well developed. It helps you to have better mental and physical attributes like flexibility, focus and balance. Through mallakhamb, one can control both the mind and body.”

A two-hour long session taught the participating boys the basics of mallakhamb. The focus of the initiative is to encourage good health and the development of a daily exercise habit. One of the participants, Aryan Yadav, said, “I really enjoyed the exercises. First, I thought it will be difficult to climb on the rope but then after three rounds it was a cake walk for me.” 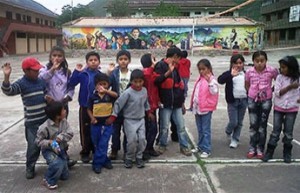 The Don Bosco Home for Troubled Youth, located in Calca, Peru, was able to improve the condition of its facilities thanks to Salesian Missions donors. Funding was used to renovate a dilapidated part of the home and included the addition of a storage area and the repair of a previously unsafe basketball court and recreation area. Sports and recreation are an important part of Salesian programs, providing youth a chance to connect with their peers, gain team building skills and have fun in a supportive environment.

The Don Bosco Home is part of the larger Red de Casas Don Bosco initiative which serves hundreds of children and older youth, offering them a home, food, education and spiritual and psychological support. Red de Casas Don Bosco includes 11 boarding homes in the cities of Ayacucho, Arequipa, Cusco, Huancayo and Lima (Breña and Rímac) as well as the Cusco Alto Andinas missions including Ampares, Calca and Quebrada Honda.

Children and adolescents make up some of the most vulnerable segments of Peru’s population. Salesian programs aim to help poor youth gain an education while making sure their basic needs are met. All those enrolled in Red de Casas Don Bosco programs are minors who have lived in situations of social risk and have been forced to survive on the streets, sleeping in parks or under bridges. They have been deprived of love and affection and many are victims of violence, exploitation and abuse.

GUATEMALA: Youth playing on the Don Bosco Sports football team have a chance to make their dreams comes true

United Nations – International Day of Sport for Development and Peace