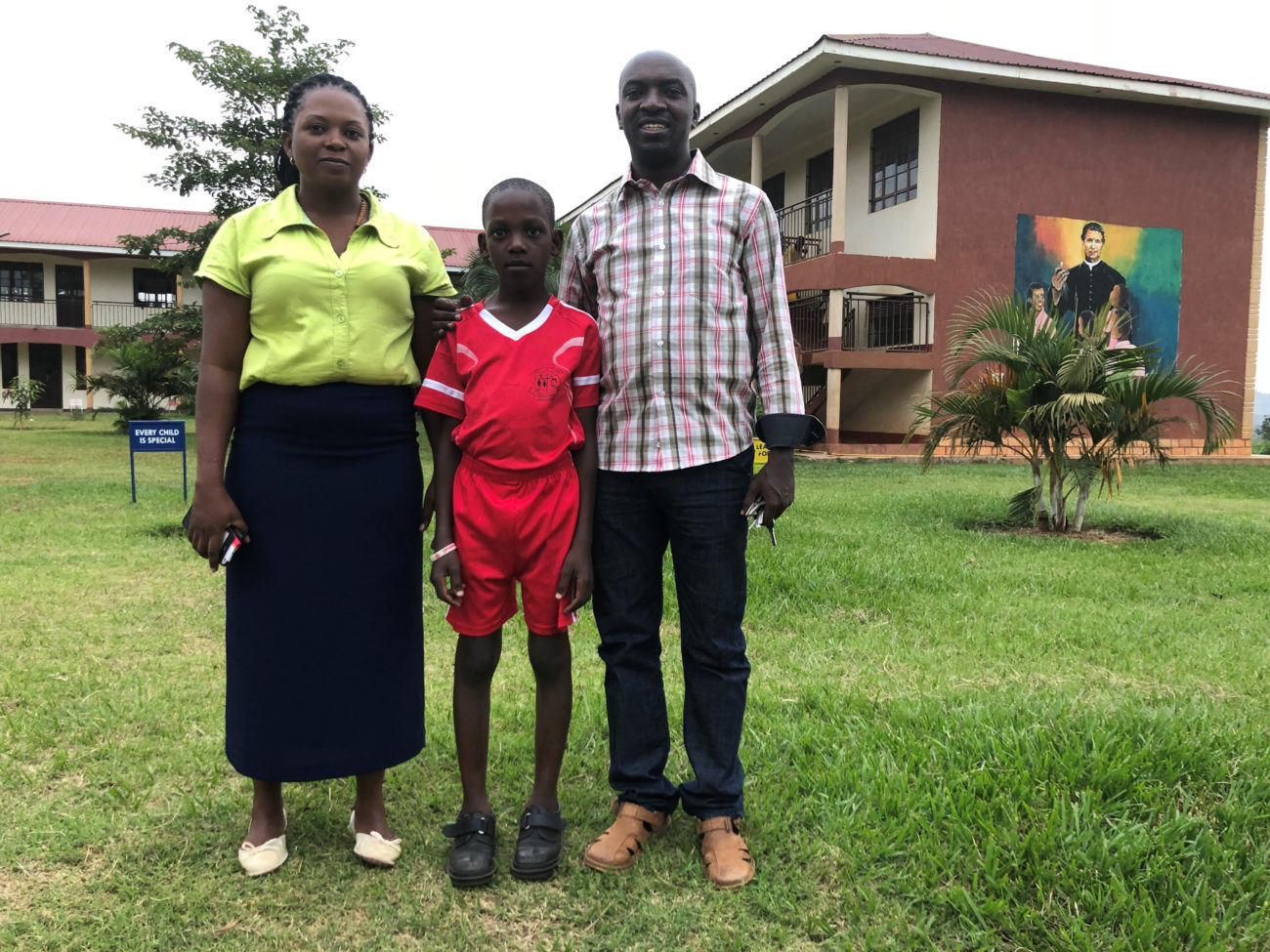 (MissionNewswire) Salesian Missions, the U.S. development arm of the Salesians of Don Bosco, joins the international community and organizations around the globe in honoring World Food Day. Celebrated each year on Oct. 16, the day was established to bring attention to the plight of the world’s hungry and undernourished while providing an opportunity for a deeper understanding of the complex solutions for ending hunger. It is also a chance for the international community to show its commitment to Sustainable Development Goal 2, to achieve Zero Hunger by 2030.

This year’s theme, “Healthy Diets,” highlights that hunger and obesity coexist. The Food and Agriculture Organization of the United Nations (FAO) is using the day to call for action across sectors to make healthy and sustainable diets affordable and accessible to everyone. FAO defines a healthy diet as one that meets the nutritional needs of individuals by providing sufficient, safe, nutritious and diverse foods to help individuals lead an active life and reduce the risk of disease.

FAO notes, “A combination of unhealthy diets and sedentary lifestyles has sent obesity rates soaring, not only in developed countries but also low-income countries, where hunger and obesity often coexist. Now over 670 million adults and 120 million girls and boys (5-19 years) are obese, and over 40 million children under 5 are overweight, while over 820 million people suffer from hunger.”

Salesian Missions operates feeding programs in its schools and centers made possible by partnerships with organizations like Rise Against Hunger, an international relief organization that provides food and life-changing aid to the world’s most vulnerable. Salesian Missions identifies needs and coordinates delivery of 40-foot shipping containers full of meals and supplemented with additional supplies when available. The partnership was developed in 2011 and since that time shipments have been successfully delivered to 20 countries around the globe. The meals and life-saving aid have helped to nourish poor youth at Salesian schools and programs and care for those in need of emergency aid during times of war, natural disasters and health crises.

This World Food Day, Salesian Missions is proud to highlight feeding programs in Salesian schools and centers in countries around the globe. 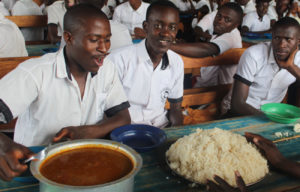 More than 1,200 students attending Lycée Don Bosco, located in Bujumbura, Burundi, had access to better nutrition in the first quarter of 2019 thanks to a partnership between Salesian Missions and Rise Against Hunger. The rice-meals were provided to students during school hours. Students were provided one meal a day on five days of the week and two meals on two days of the week.

Students attending Lycée Don Bosco often have challenges with hunger. Many do not have enough to eat and their studies suffer because of it. Students miss school or do not pay attention. They cannot focus on an empty stomach. One of the students, 18-year-old Irakoze Anderson Mike, was unable to concentrate during his school lessons. He came from a poor family and was lucky if he had one meal a day at home. He often did not follow the lessons from his teacher because he was prone to sleeping during class because of weakness and hunger.

After having access to the rice-meals at school, things changed for Mike. He said, “Now that I am able to eat at school, I can focus both in the morning and afternoon classes. I have enough energy to play sports, too, and spend time with my friends, who also like and appreciate the Rise Against Hunger meals.” 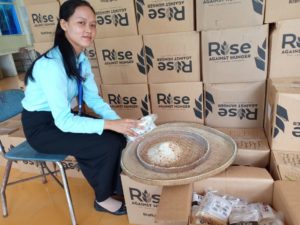 More than 2,500 meals have been served at programs supported by the Don Bosco Foundation of Cambodia thanks to a shipment of rice-meals from Rise Against Hunger. The rice-meal donations were distributed to students at Don Bosco Technical and Hotel School Sihanoukville, Don Bosco Technical School Phnom Penh and Don Bosco Technical School Kep. Beneficiaries included vocational and technical students who are studying to gain the skills needed for long-term employment. The Salesian schools provide technical skills training for young people from poor families and also offer boarding opportunities for those who find it difficult to rent a room on their own.

The Don Bosco schools are providing technical education for poor youth in subjects including electrical, mechanical, welding, automotive, electronics, computer and information technology, printing, media communication, hospitality and tourism. After students graduate, they are qualified for jobs that offer a decent salary, allowing them to support themselves and their families and break the cycle of poverty. 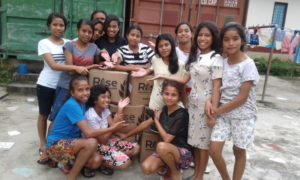 Youth attending 10 Salesian schools, centers and parishes in East Timor have access to better nutrition thanks to a shipment of rice-meals from Rise Against Hunger. The rice-meal donation was provided to the Don Bosco Foundation in East Timor and shared with several Salesian parishes, the Don Bosco Fuiloro Technical High School, Don Bosco Maliana Technical High School and other programs.

This shipment, which arrived in January 2019, provided donated rice-meals to youth during the school day to ensure students had a healthy meal each day and to seniors and other youth who attended Salesian programming in parishes.

One young student, Joao Zacarias, noted that he’s very grateful for the rice-meals because it has enabled him and his friends to focus on their studies and have the energy for other activities. He’s grateful for the support of Salesian Missions and Rise Against Hunger. 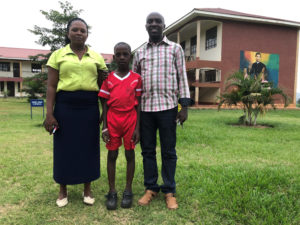 More than 300 poor youth at the Don Bosco Children and Life Mission (Don Bosco CALM) orphanage and Don Bosco Primary School, located in the town of Namugongo just 10 miles northeast of the city of Kampala in Central Uganda, have access to better nutrition thanks to a partnership between Salesian Missions and Rise Against Hunger.

Close to 77,500 meals were provided to youth in Uganda over the third and fourth quarter of 2018 thanks to Rise Against Hunger rice-meal shipments. In addition, 64 individuals were trained in the cooking and preparation of the meals. Among the beneficiaries were children from the local refugee camp which hosts children and families who have fled from South Sudan, Burundi and Rwanda. These children and those in the surrounding communities need access to nutritious food that provides them the energy and focus to gain an education and participate in social programs.

BURUNDI: More than 1,200 students at Lycée Don Bosco had access to better nutrition thanks to Rise Against Hunger rice-meals

CAMBODIA: More than 2,500 meals served to Don Bosco technical students thanks to rice-meals from Rise Against Hunger