BURUNDI: More than 1,200 students at Lycée Don Bosco had access to better nutrition thanks to Rise Against Hunger rice-meals 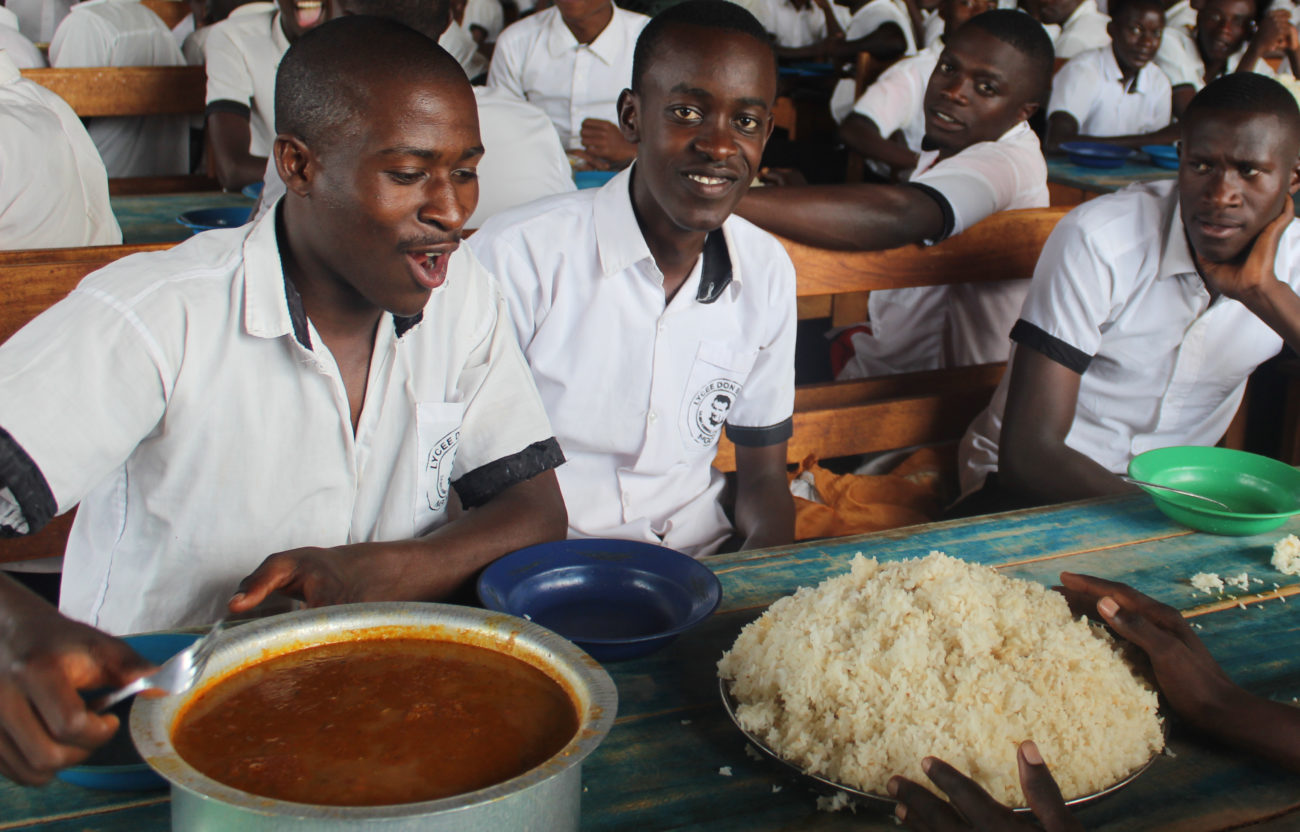 (MissionNewswire) More than 1,200 students attending Lycée Don Bosco, located in Bujumbura, Burundi, had access to better nutrition in the first quarter of 2019 thanks to a partnership between Salesian Missions, the U.S. development arm of the Salesians of Don Bosco, and Rise Against Hunger, an international relief organization that provides food and life-changing aid to the world’s most vulnerable. The rice-meals were provided to students during school hours. Students were provided one meal a day on five days of the week and two meals on two days of the week.

Students attending Lycée Don Bosco often have challenges with hunger. Many do not have enough to eat and their studies suffer because of it. Students miss school or do not pay attention. They cannot focus on an empty stomach. One of the students, 18-year-old Irakoze Anderson Mike, was unable to concentrate during his school lessons. He came from a poor family and was lucky if he had one meal a day at home. He often did not follow the lessons from his teacher because he was prone to sleeping during class because of weakness and hunger.

After having access to the rice-meals at school, things changed for Mike. He said, “Now that I am able to eat at school, I can focus both in the morning and afternoon classes. I have enough energy to play sports, too, and spend time with my friends, who also like and appreciate the Rise Against Hunger meals.”

Mbaga Corneille, principal of Lycée Don Bosco, has seen positive outcomes for other students. She said, “Students are happy and studying well. They are enjoying more time with their peers now that they have the energy from the rice-meals.”