INTERNATIONAL DAY OF THE GIRL: Salesian Missions highlights programs around the globe that empower girls through education 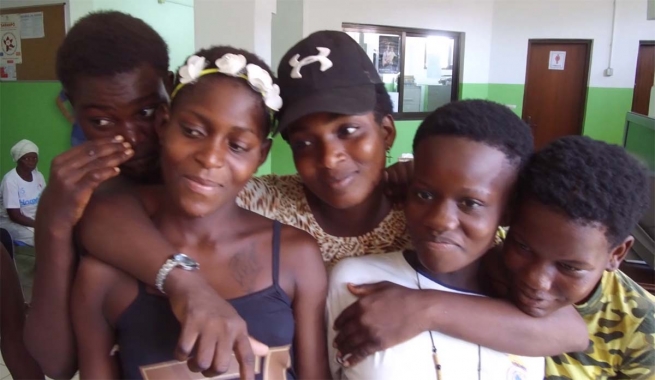 (MissionNewswire) Salesian Missions, the U.S. development arm of the Salesians of Don Bosco, joins humanitarian organizations and countries around the globe in honoring the International Day of the Girl. The day has been celebrated annually on Oct. 11 since its inception in 2012. It was established to promote equal treatment and opportunities for girls and is an acknowledgment by the world that there is a disparity in the way the rights of girls and boys are protected and promoted.

International Day of the Girl was established by a vote of the United Nations General Assembly to recognize girls’ rights and the unique challenges girls face around the world. This year, under the theme, “GirlForce: Unscripted and Unstoppable,” the international community is celebrating achievements by, with and for girls.

The day celebrates all of the accomplishments that have been made in the last 25 years since the adoption of the Beijing Declaration and Platform for Action, the most comprehensive policy agenda for the empowerment of women.

UNICEF notes, “In nearly 25 years, we have seen more girls move from dreaming to achieving. More girls today are attending and completing school, fewer are getting married or becoming mothers while still children, and more are gaining the skills they need to excel in the future world of work.”

“Salesian missionaries around the globe empower young girls and women through education and by ensuring that they have equal access to schools and skills training for later employment,” says Father Mark Hyde, director of Salesian Missions. “Young women and girls face many disadvantages and barriers to accessing education and achieving financial independence despite their huge potential. Those who are able to access education are more often able to achieve financial independence and make better and healthier choices.”

To mark International Day of the Girl, Salesian Missions is proud to highlight some of its programs around the globe that empower girls through education. 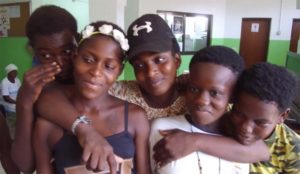 Sometimes youth have to be taken to the hospital. Salesian missionaries are in the process of equipping a center for girls so they will have a place to go to receive social development services and education.

Many of these street youth have fathers who have abandoned them or who have passed away, violent stepfathers who throw them out of the house or force them to flee, or mothers who are unable to face or deal with the hardship of life because they lack the economic means and cultural tools. The streets become the natural place to hide and seek refuge but they are full of danger, especially for girls who are often the victims of sexual exploitation.

For these girls, external injuries are treated much more readily than emotional scars. Salesian missionaries aim to create a center where girls are safe and can receive the care they need. 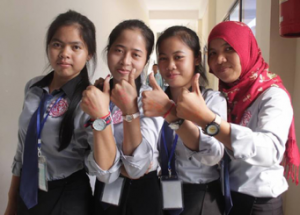 Don Bosco Technical School Kep/Hatrans, located in southern Cambodia, made changes to its school buildings and dormitories to ensure they are accessible for students with physical disabilities, thanks to a grant provided to Salesian Missions from the Office of American Schools and Hospitals Abroad (ASHA) at USAID. The technical school also received funding to aid in the construction from Don Bosco Bonn and the Sawasdee Foundation.

With the USAID funding in 2015, Don Bosco Kep made modifications to the school, including the installation of a solar-powered elevator with a walkway between two buildings in order to reach four floors in the main building and the construction of ramps to access areas for community gatherings. The funding also allowed for the outfitting of three bathrooms with accessible facilities.

Young women with physical disabilities in rural Cambodia are at high risk of living in poverty. The investment by USAID in Don Bosco Kep provides opportunities to numerous students who are ethnically and economically disadvantaged. The positive impacts are disproportionately felt by young women with physical disabilities who otherwise would be unable to access education and achieve self-sufficiency as a result. Valuing diversity, gender equality and education for all is a primary goal of Don Bosco Tech and Salesian education across the globe.

At Marialaya (House of Mary), located in Chennai, India, sisters with Daughters of Mary Help of Christians, also known as the Salesian Sisters of Don Bosco, provide programs and rehabilitation for at-risk girls and those living and working on the streets in the northern parts of Chennai.

The Salesian sisters offer a home that accommodates close to 50 girls whose families are in crisis. After three months, participating girls are sent back to their parents or guardians unless there is a need for them to continue with the program for another three months.

Marialaya has expanded its outreach by opening 18 evening centers in different parts of Chennai for girls from economically poor families who live at home. The center has nurtured more than 2,000 girls between the ages of 6 and 18 since its inception in 1990. Today, more than 100 girls live in Marialaya. The programs offered teach the girls communication skills, the English language, problem-solving, and money and time management. Girls are also given the opportunity to take vocational courses in desktop publishing, fashion design and bag making. 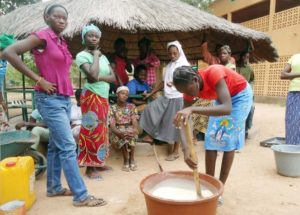 Since 2012, Mali has faced a political and security crisis that has been concentrated mainly in the north of the country. The crisis has now reached the center of the country and is affecting hundreds of people, especially children. As a result of this crisis, the situation in the country has worsened and the population is living in alarming conditions. It has affected access to food, water, health, safety and means of livelihood. Aware of the current circumstances, Salesian missionaries in Touba have developed a new project for the production and sale of soap.

With this initiative, Salesian missionaries and the Daughters of Mary Help of Christians, who work with the most vulnerable populations, are offering the opportunity to support local development in an inclusive way and to strengthen the role of women in rural areas. So far, the project has impacted more than 50 girls and young women from the village of Touba. They are being trained in the production of soap and have been able to start a small emporium where they can market and sell what they produce.

UNICEF – International Day of the Girl 2019