(MissionNewswire) Salesian missionaries around the globe are working to end child trafficking and other abuses by addressing their root causes. From identifying traffickers and holding them accountable to educating families about these predatory practices, missionaries are working to change local laws and strengthen legal protections for youth.

In 2014, the United Nations Office on Drugs and Crime (UNODC) produced A Global Report on Trafficking in Persons which offered the first global assessment of the scope of human trafficking and what is being done to fight it. Based on data gathered from 155 countries, the report shows that more than 1.2 million children worldwide are victims of child trafficking which accounts for just over 20 percent of all trafficking victims. In some parts of Africa children are the majority and in parts of West Africa, children make up nearly 100 percent of trafficking victims.

Child victims of trafficking are forced into all types of labor including work on farms, in sweatshops, construction, hotels and restaurants and in private homes as domestic servants. Some are forced to beg on the streets and are used as child soldiers. Others are sold into sexual slavery and forced into prostitution.

In Benin, a country in West Africa, Salesian missionaries are focusing their work on providing hope and healing to victims of child trafficking. According to UNICEF, Benin remains one of the poorest countries in the world with close to 70 percent of its population living in poverty. About half of all children between the ages of five and 13 are engaged in some kind of forced labor in the country and almost 20 percent are chronically undernourished. Youth in Benin also face overwhelming challenges in combating poverty, one of the root causes of child trafficking.

The Don Bosco Center in Porto-Novo, the capital city of Benin, cares for more than 200 victims of child trafficking, many who have been sold into slavery by their parents for the equivalent of $30 or less. Nearly 40,000 girls and boys are forced into agricultural or domestic labor each year within the country of Benin alone.

“Trafficking isn’t the children’s wish … and it’s a terrible situation for the girls and boys who suffer it. It kills their hope,” says Marc Tsanda, a child psychologist who works on behalf of rescued youth at the Don Bosco Center.

Tsanda’s work is featured in a recent documentary called, “No Estoy en Venta” (“I am Not for Sale”), produced by the Salesian Missions Office in Madrid, Spain. In the film, he and his colleagues expose the child trafficking that occurs in Benin and in communities across in Africa, Asia, the Middle East, South America and elsewhere.

Often invisible to society, innocent children are shipped across borders ending up alone in a foreign land where they are forced into labor, exploited, abused and often starved. With no connection to their homeland, they lose their language, self-identity and hope for the future.

“Once they get these children into another country, the traffickers can do what they want with them,” says Father Juan José Gómez, director of the Foyer Don Bosco youth hostel at the Don Bosco Center. “The children have absolutely no rights. Sometimes, they may only eat once a day and that’s only if they’ve worked ‘hard enough.’”

Jules, a boy whose story is highlighted in the documentary, is one of thousands of children in Benin who has endured such horror.

“One day, my father brought me to his friend’s house,” he recalls. “And the friend brought me to Nigeria, to a lady’s house. The lady gave my father’s friend money—and then he left me there, alone. I didn’t know why. And I was scared.”

Agossou points to poverty first and foremost as the reason parents sell their children. Many families live in conditions of extreme poverty and don’t make enough money to meet their basic needs. Under such desperate conditions, the idea of trading a child for cash becomes a consideration and innocent children like Jules pay the price.

Fortunately for Jules, after years of brutal domestic servitude, he took a chance and escaped, eventually finding his way back across the border where he found the Don Bosco Center in Porto-Novo. At the center, he enjoys safe shelter, nutritious meals and the chance to reclaim his lost childhood. When he is ready, Jules will return to school and begin building the foundation for a future he once thought was impossible.

Salesian Missions Madrid – Documentary “I am not for sale” 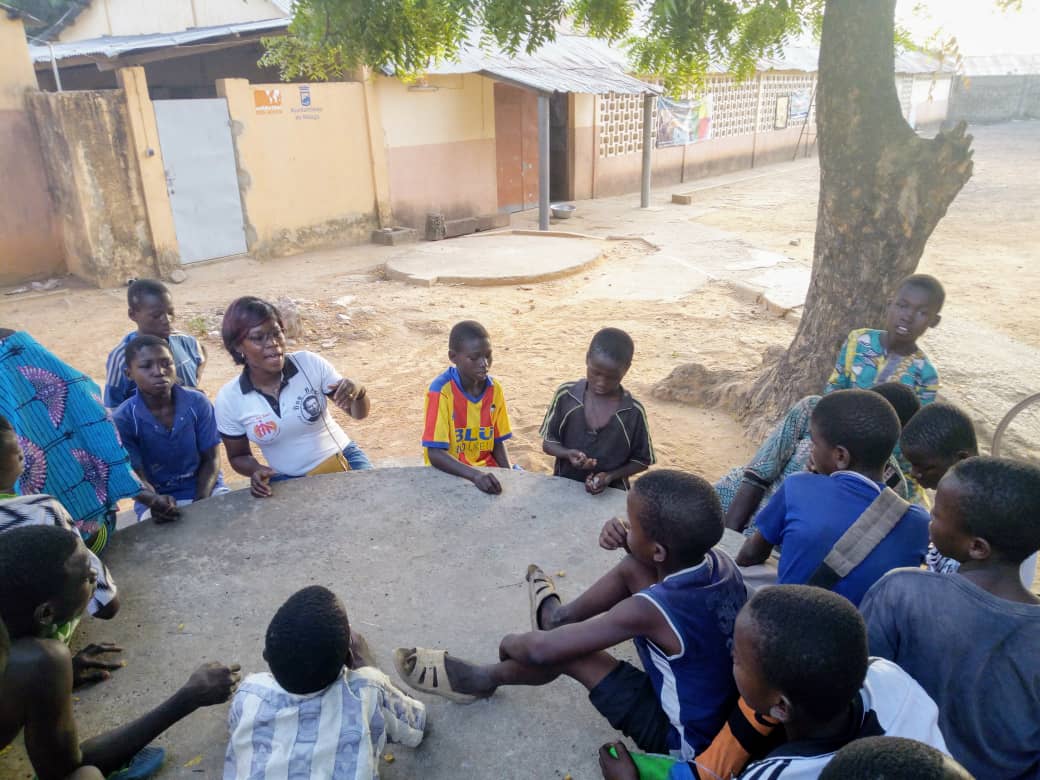