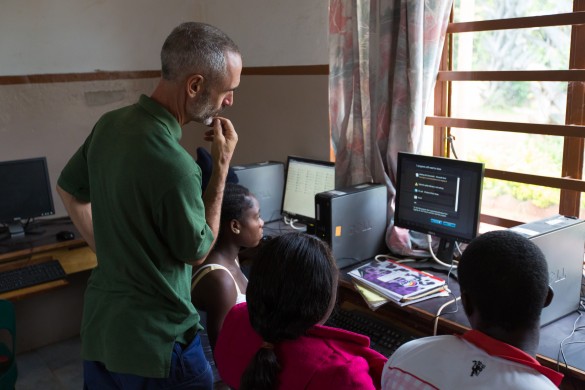 (MissionNewswire) The Salesian Agricultural School in Lufubu was able to install internet access for the school thanks to grant funding they received through a private donor named Mary and by the Archbishop Shaw High School in Marrero, Louisiana. The donations for the project came through Salesian Missions, the U.S. development arm of the Salesians of Don Bosco.

“The remote location of the school and financial restrictions have limited access to books and other information so we are very grateful for the funding that has allowed us to complete this project,” says Br. Robert Malusa’s from the Salesian Agricultural School project in Lufubu. “In order to transform the curriculum and educational experience of students at the school, while accessing necessary knowledge to introduce new crops and breeds of animals that will contribute to food security in the local community, internet access was critical for the next step in development of our school and students’ learning.”

In the poor remote community of Lufubu, Salesian missionaries provide a youth center that serves 200 local children aged four to 20 and a church parish. In addition, the agricultural boarding school provides education to 53 students, aged 18 to 30. The government of Zambia asked Salesian missionaries to start the agricultural school in Lufubu with the goal of establishing an alternative to fishing, because the local community was over-fishing the lakes and needed a new source of food security that would combat hunger while preserving the environment. 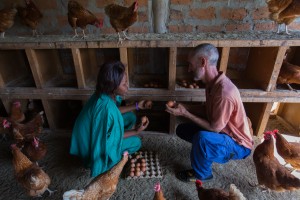 The Salesian Agricultural School has potential for excellence as compared to the few other agricultural schools in the area because the school includes a working farm where the students gain hands-on experience with animal husbandry and the cultivation of vegetables and maize on a personal plot of land designated for each student. The school invites boarding students from neighboring villages to come and learn agricultural techniques that they can take back to enhance nutritional levels in their home communities.As a means of securing a reliable source of income to pay the $200 a month internet charges for the school and providing an affordable source of protein that is affordable to the people in the village and surrounding areas, Salesian missionaries also received funding to purchase 2,000 egg-laying chickens. Selling eggs at an affordable price to the local community will also promote the goal of establishing an alternative to fish as a source of protein. At a later date, Salesian missionaries also plan to open a small internet café to expand internet access to the local community, requesting a minimal contribution from users in order further support the work of the agricultural school and sustain costs of monthly internet-access.