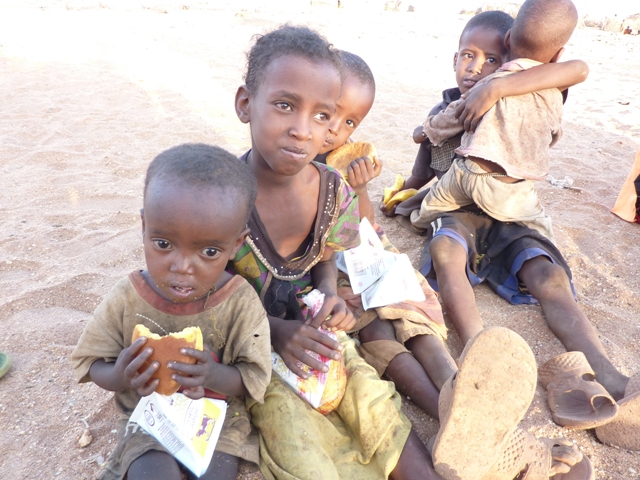 (MissionNewswire) Salesian Missions stands with UNHCR, the UN Refugee Agency, and other international organizations in honoring World Refugee Day, held each year since 2001on June 20.  The day, coordinated by UNHCR, honors the plight of millions of refugees and internally displaced people who have been forced to flee their homes.

Each year, World Refugee Day focuses on a particular theme that highlights specific circumstances faced by refugees. This year’s theme is a continuation of 2016’s theme “We stand together #WithRefugees,” which encourages everyone to add their name to the #WithRefugees petition to send a clear message to governments that they must act with solidarity and shared responsibility. To date, more than 1.5 million people have signed the petition that asks governments to: ensure every refugee child gets an education; ensure every refugee family has somewhere safe to live; and ensure every refugee can work or learn new skills to make a positive contribution to their community.

“I’ve met so many who have lost so much. But they never lose their dreams for their children or their desire to better our world. They ask for little in return – only our support in their time of greatest need,” said UN Secretary-General, António Guterres in a statement about the day.

To mark World Refugee Day 2017, Salesian Missions is proud to highlight programs around the globe that provide life-changing education and support for refugees and internally displaced people in need. Salesian Missions, headquartered in New Rochelle, N.Y., is the U.S. development arm of the international Salesians of Don Bosco.

In 2014, Salesian Missions (thanks to support of external donors) began working with the Instituto Don Bosco in Cairo to fund scholarships as part of the Sunrise Project. This skills training program assists refugees and vulnerable Egyptians in gaining the technical and life skills they need to find employment and support their families in their new country.

This project also provides life skills training, health awareness, entrepreneurship literacy workshops, job panels, seed grants, and violence prevention training to help refugees build the skills needed to succeed in the workplace and adjust in their new urban environments. One of the great successes of the project is the additional social services, including transportation vouchers for travel to and from the courses, funded for participants. Those engaged in the training are also provided vouchers to purchase groceries and other needs from a local store. This helps to ensure that basic needs like nutrition are met for these individuals, as they work hard to meet the needs for themselves.

Each participant also receives a voucher for a primary care checkup and eye exam with a doctor who comes to the school. Some medicine prescriptions are included, and they receive referrals for secondary care as needed.

Salesian missionaries working in Pugnido, Ethiopia provide several programs and services to help those living in poverty meet their basic needs, gain an education and learn skills for employment. They also work inside the Pugnido Refugee Camp, the oldest refugee camp in the Gambella region of Western Ethiopia, providing poor youth and their families with education and social development services.

The Salesian mission in Pugnido also includes 10 outreach stations and a few chapels inside the refugee camp that provide assistance, education, pastoral care and social development services. The goal is to ensure that youth have their most basic needs met so they are able to focus on gaining an education and the skills needed to find and retain stable employment. Since 2006, the Salesian Pugnido mission has grown and developed to better meet the needs of the growing refugee population and those living in the surrounding area. The camp is home to some 60,000 refugees, the majority of whom are escaping violence and conflict within South Sudan.

Kakuma is operated by UNHCR in collaboration with Salesian missionaries in the country as well as several other humanitarian organizations. The camp offers refugees safety, security and life-saving services such as housing, health care, clean water and sanitation. Salesian missionaries at Kakuma refugee camp operate the Holy Cross Parish and the Don Bosco Vocational Training Center where 1,044 young men and women are receiving critical employment and life skills. There are many courses available and those studying welding, carpentry and bricklaying often utilize their new skills helping to build infrastructure within the camp. Salesian missionaries are in the process of building a new school on a donated plot of land at the refugee camp in order to meet the growing demand.

UNHCR, the United Nations Refugee Agency, has noted that nearly 2.2 million people are displaced within South Sudan, and in September 2016, more than a million fled, seeking safety and shelter in neighboring countries. Many of those fleeing South Sudan are women and children. They include survivors of violent attacks and sexual assault, children who have been separated from their parents or travelled alone, the disabled, the elderly, and people in need of urgent medical care. The United Nations estimates that as a result of the conflict, up to 4 million people are currently facing “acute” food and nutrition insecurity.

In 2016, Don Bosco Gumbo, located in the town of Gumbo on the outskirts of Juba, hosted more than 3,000 people who fled the violence and conflict. Father David Tulimelli, parish priest at the Salesian St. Vincent de Paul parish which operates Don Bosco Gumbo, has recently been praised for his efforts to assist those who have been internally displaced by the ongoing conflict in South Sudan. Fr. Tulimelli fed 4,000 people in a year as the country’s refugee crisis intensified.

In several cities, Salesian missionaries are working to address the challenges and needs faced by refugees who sought shelter and safety in Europe, which is experiencing a maritime refugee crisis of historic proportions, according to UNHCR. By the end of 2015, more than 300,000 refugees and migrants crossed the Mediterranean Sea on their way to Europe. Syrian refugees make up the single largest group followed by refugees from Eritrea and Afghanistan. High numbers of refugees from Somalia, Iraq and Sudan who are in need of international protection are also arriving in Europe.