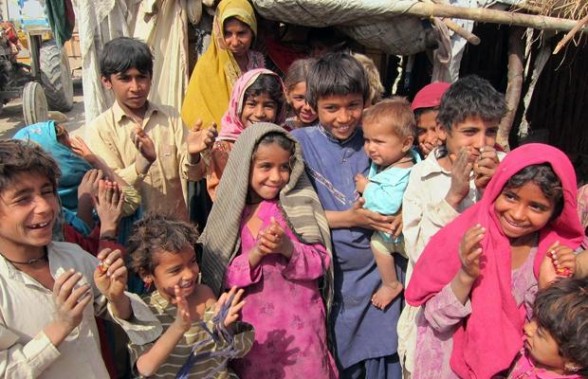 To mark World Refugee Day 2013, Salesian Missions is proud to highlight Salesian programs around the globe that provide life-changing education and support for refugees in need.

Each year, June 20 marks World Refugee Day, a day that honors the plight of millions of refugees and internally displaced people around the globe. The United Nations noted that at the end of 2012, there were 43.7 million refugees globally, almost 80 percent of whom are women and children.

The day, first established in 2001, is held annually and is coordinated by the UN Refugee Agency, UNHRC. The focus of World Refugee Day is to honor the courage, strength and determination of women, men and children forced to flee their homes under threat of persecution, conflict and violence.

Each year, World Refugee Day reflects on specific struggles faced by refugees. This year’s theme is “1 family torn apart by conflict is too many.”

Below are highlights of programs for refugees developed by Salesian Missions and funded by the U.S. Department of State’s Bureau of Population, Refugees, and Migration.

Since 1983, ethnic violence in Sri Lanka has forced tens of thousands of Sri Lankan Tamils from their homeland in search of safety and a new life in Tamil Nadu, India. Since 2010, Salesian Missions has been providing a program for young male and female Sri Lankan refugees who have been living in refugee camps in 15 target districts in India.

In June 2013, 860 refugees graduated from this vocational and entrepreneurial program. Half of these students attended a Salesian technical and vocational training center, learning job skills in electrical, woodworking, computer technology and similar trades.

However, half of the students—women living in refugee camps and caring for children—needed a less traditional opportunity. Unable to leave to attend school, Salesian Missions created a program to bring to them inside the refugee camps. The women received training for skills such as jewelry-making and sewing and also were provided entrepreneurial workshops. The program also helped the women created a business cooperative, and through a micro-credit program equipment was made available to them (such as sewing machines). As a group, they are able to provide their services and merchandise to local business, taking advantage of their news skills while still taking care of their families.

In recent years, more than 450,000 people have fled the violence of Colombia to neighboring Ecuador, Venezuela, Panama and Costa Rica.  Salesian Missions’ “New Beginnings” initiative, which started in 2011, is working with more than 1,000 Colombian refugees in these four countries providing vocational and human development training as well as job placement services.

Many of the Colombian refugees have no marketable skills. They can’t find jobs and the lack of training makes it difficult to start their own business or join with others to form cooperatives. Without jobs, it is hard to find stability for their families and build new lives. The “New Beginnings” program allows these victims of violence and chaos to start over and build a stable, hopeful future for themselves and their families.

Through the program, each refugee student receives 260 hours of technical training as well as 40 hours of human development workshops. These training programs coupled with the job placement services work to assist Colombian refugees to start over and build successful lives in their new communities.

In Pakistan, a Salesian Missions program is serving Afghan refugee school children and their families in Quetta, the capital of the Baluchistan Province, Pakistan. The program—which began in 2012 and recently received continued funding—centers on reinforcing primary education systems at six schools in highly volatile Quetta, Pakistan. The focus of the program includes everything from teacher training and resource improvements for child learning, to infrastructure improvement and web-ready computer labs.

The goal of the Quetta program is to mainstream struggling Afghan refugee schools so they may become a part of the Pakistani education community and benefit from its shared institutional resources. Close to 2,200 students ages 4 to 13 are benefitting from Salesian Missions’ comprehensive approach to strengthening their education. More than 70 teachers have been professionally trained for their work with the refugee youth population and motivated to make a difference in their improved schools. Schools that once had walls in danger of falling have been repaired, providing a safe place for eager, bright-eyed children to receive an aducation.

Furthermore, the program administration has ensured through advocacy and policy dialogue with government and NGO partners that the education students receive in Pakistan will be recognized by the Government of Afghanistan, should their families return home.