(MissionNewswire) Ten years ago, the International Labor Organization (ILO) established June 12 as World Day Against Child Labor. The ILO, an agency of the United Nations, says on its website: “Hundreds of millions of girls and boys throughout the world are engaged in work that deprives them of adequate education, health, leisure and basic freedoms, violating their rights.” The World Day Against Child Labor was launched as a way to highlight the plight of these children and support governments and social organizations in their campaigns against child labor.

The World Day calls for:

As Secretary of State Hillary Rodham Clinton has stressed, “The exploitation of children anywhere should be a concern to people everywhere.” Children in situations of exploitative child labor are deprived education, and lack the opportunities to rise to their full potential and lift themselves, their families and their communities out of a cycle of poverty.

This year, the World Day Against Child Labor provided a spotlight on the right of all children to be protected from child labor and from other violations of fundamental human rights. Children enjoy the same human rights accorded to all people. But lacking the knowledge, experience or physical development of adults and the power to defend their own interests in an adult world, they also have distinct rights to protection by virtue of their age.

The awareness day was recognized by countries and leaders around the world, many of which stated that education is the key to ending child labor and protecting youth.

“Education is a critical response to child labor and youth employment issues in Indonesia,” said Angela Kearney, UNICEF Representative in Indonesia. “If the number of children in work is to be reduced and their prospects when they do enter the workforce in later years are to be improved, investment in education at every level – from pre-school programs to vocational training—is essential.”

Salesian programs in more than 130 countries around the globe—including Indonesia—are providing such education and vocational training. Widely considered the world’s largest private provider of vocational and technical education, the Salesians focus on changing the course of a young person’s future by providing opportunity.

“Ending child labor will be the work of those providing better opportunities,” says Father Mark Hyde, executive director of Salesian Missions, the U.S. development arm of the Salesians of Don Bosco. “And those better opportunities come from access to education.”

Learn more about the educational opportunities the Salesians provide around the globe at SalesianMissions.org > 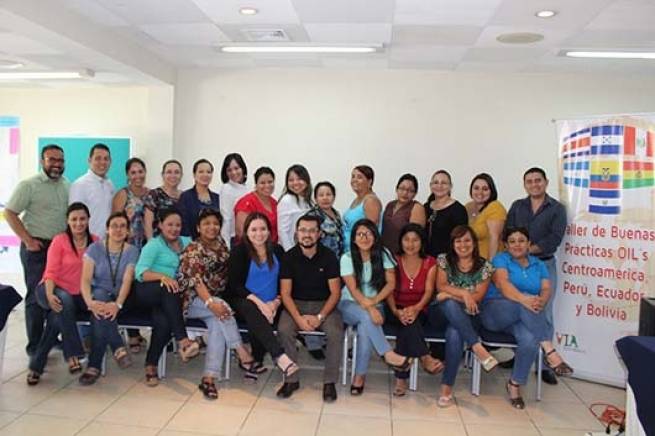