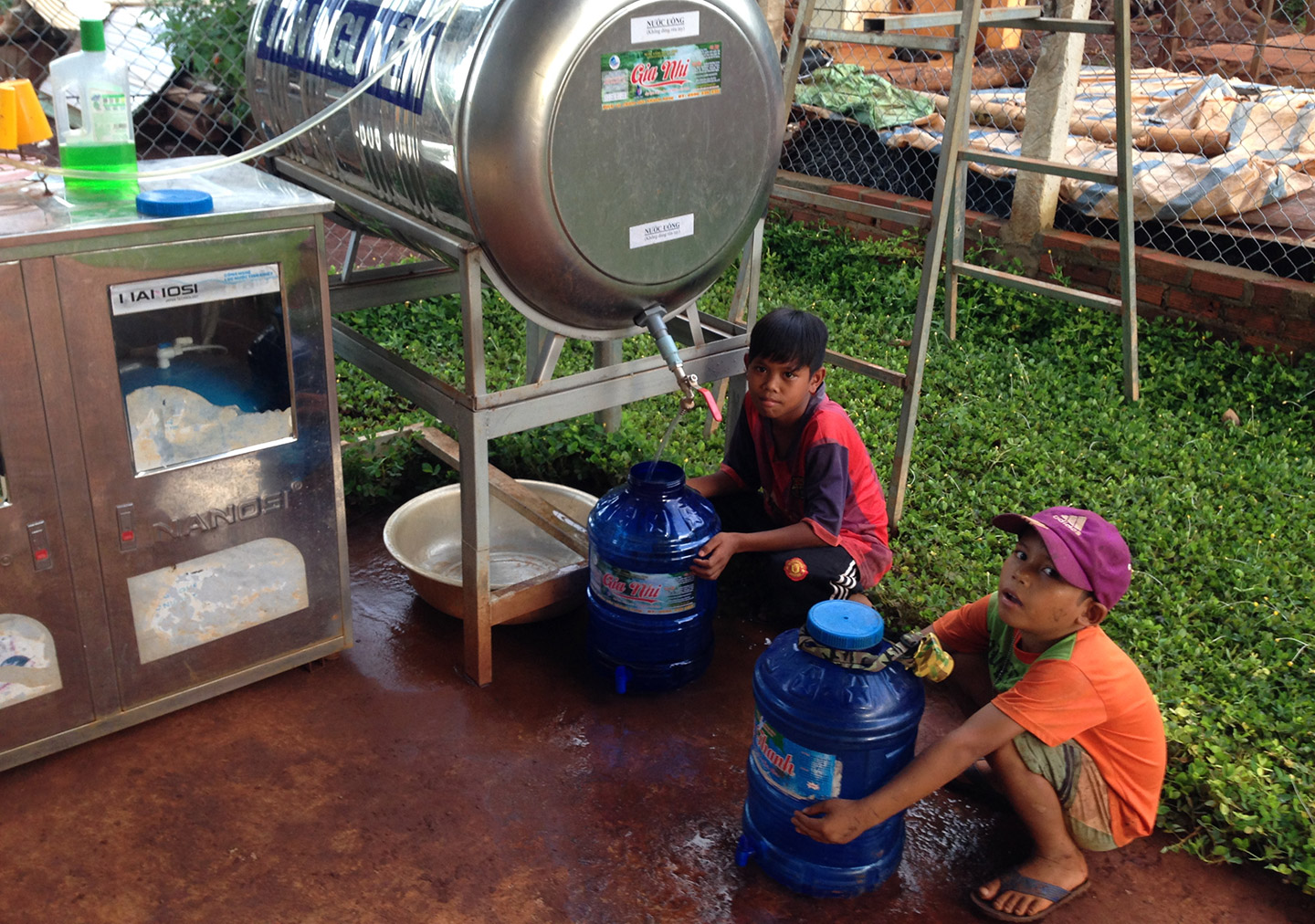 (MissionNewswire) Residents of three villages in the Duc Co District in the Gia Lai Province in the Central Highlands region of Vietnam have access to clean, safe water thanks to funding received from a Salesian Missions “Clean Water Initiative.” Salesian missionaries have been able to establish six wells within the three villages: one in Nuk, two in Ba, and three in Khop.

Salesian missionaries report that the residents of these villages are extremely poor, most making their living through agriculture, handicrafts or by being hired for tapping rubber. Many students drop out of school because they are needed to help support their families. Those who stay in school attend only part of the day, spending the other part working to glean rubber latex to earn enough money to pay tuition fees and meals.

For more than 10 years, residents of these villages have had to use streams and rainwater for their drinking water and other purposes. This water is often contaminated and causes people, especially children, to become sick. For this reason, Salesian missionaries chose to start a water well project both for the health and safety of residents and to encourage youth to stay in school.

The water project included drilling wells, establishing pumping systems, creating water tank reserves for 3000 liters and putting in filtration systems. Salesian Father Vincent Nguyen Thanh Trung, who lives in the Chu Prong community, worked in the field directly coordinating the implementation of this plan and helping the local Salesian priests. A team of professional and experienced craftsmen were hired to implement the majority of the drilling and construction work.

Each village worked out their own system for monitoring water usage and for maintenance of the wells and equipment. For instance, in Khop village, households were separated into three groups. Each group has a group leader who has to care for pumping water and the maintenance of the pump and water tank. This allows the community to participate in helping the local parish priest ensure that water is brought to each household and the well and equipment is properly cared for in the village.

“Having access to clean water is essential for the health and safety of those we serve around the globe,” says Father Mark Hyde, director of Salesian Missions, the U.S. development arm of the Salesians of Don Bosco. “Improving water access brings a sense of dignity for children and their families. It also reduces the number of waterborne illnesses that can affect those in our schools, keeping them away from important study time.”

UN-Water estimates that worldwide 2.1 billion people lack access to safely managed drinking water services and by 2050, the world’s population will have grown by an estimated 2 billion people, pushing global water demand up 30 percent higher than today. UN-Water also indicates that around 1.9 billion people live in potentially severely water-scarce areas. By 2050, this could increase to around 3 billion people.

According to the World Bank, close to 14 percent of Vietnam’s population lives in conditions of poverty. The country has seen a drastic reduction of poverty over the last 20 years when the poverty rate was close to 60 percent. Vietnam has also made remarkable progress in education. Primary and secondary enrollments for those in poverty have reached more than 90 percent and 70 percent respectively. Rising levels of education and diversification into off-farm activities such as working in construction, factories or domestic housework, have also contributed to reducing poverty in the country.

Salesian Missions gives impoverished children and families opportunities that are typically only available to the middle and upper classes—so that all people can have hope for a better future.