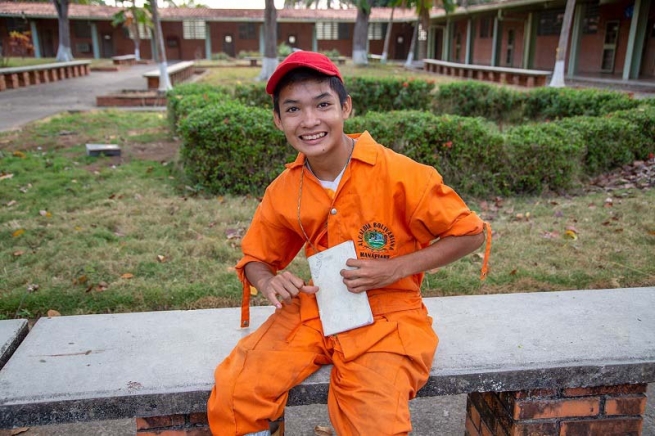 (MissionNewswire) Despite economic and political instability in Venezuela, Salesian missionaries continue to take care of poor youth and their families in the country. News reports have noted that poverty is reaching unprecedented levels with nearly 90 percent of the population facing conditions of poverty and 60 percent facing extreme poverty. An estimated 1.6 million people have already fled to neighboring countries. Venezuela is marked by social unrest with salaries becoming nearly worthless and shortages of food and medicine.

An increase in corruption and prices and a scarcity of goods is resulting in widespread insecurity and violence. CNN Money released an article noting that Venezuela has lost half of its economy since 2013. According to the article, new figures published by the International Monetary Fund indicate that unemployment will reach 30 percent and prices on all types of goods in the country will rise 13,000 percent this year.

A recent Latin American Herald Tribune article indicated that shelters for abandoned or orphaned children are overcrowded, but requests from relatives and others housing homeless children continue.

Salesian missionaries continue to focus on helping those who remain in the country. In the city of Barinas, located in west central Venezuela, Salesian missionaries operate an agriculture school that includes a large plot of land for cultivation and pastures for animal breeding. Nearly 200 students, aged 15 to 18, attend the school, all of whom board there.

“There is an air of confidence and great respect for the Salesians of the community by the boys. They are simple young people who love nature and the work of the fields,” says Brother Gianpietro Pettenon, president of the Don Bosco Mission in Turin, Italy, after returning from a recent trip to the country.

Recently, Salesian missionaries at the agriculture school have started three small agro-zootechnical projects to rearrange and repopulate an existing chicken coop; provide for the repair of hives to restart the production of honey; and start a rice crop on two hectares of land. The yield from these projects will ensure food for teachers and students and will also be sold to bring in revenue for the school.

Salesian missionaries in the country are also hard at work in Caracas, Venezuela’s capital city. Two Salesian organizations—Red de Casas Don Bosco and the Patio Abierto Don Bosco—aim to improve the lives of street children by connecting them with shelter, meeting their basic needs and providing education. For many, living on the street and trying to make a meager living has become a way of life. Some street children would like access to programming while others prefer to remain on the street. Salesian missionaries work to provide the services they can and meet youth where they are.

Red de Casas Don Bosco offers shelter to more than 1,300 street children across the country in 10 Salesian houses. These houses are part of a group of 86 non-governmental shelters in addition to 27 operated by the state. In total, these shelters are able to house as many as 5,000 children and teens referred by the courts.

ANS – Venezuela – In a country in extreme difficulty, Salesians start from the land

CNN – Half the Venezuelan economy has disappeared