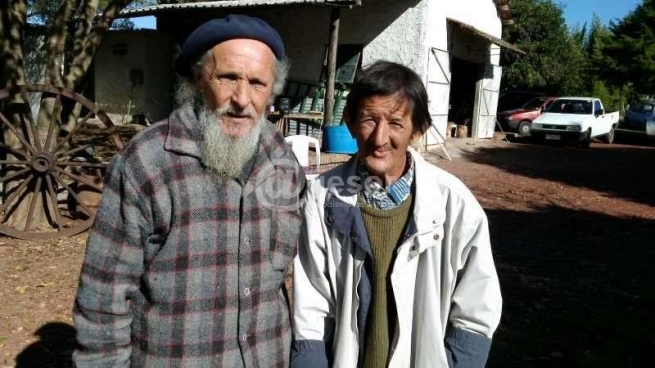 (MissionNewswire) Since 2006, Salesian Father Martin Ponce De León has been a parish priest at the Saint Pius X parish in the Jardines de Don Bosco district of Mercedes, located in the department of Soriano in Uruguay. Since 2010, Fr. Ponce De León has been operating an initiative known as “Shared Table” which serves people with scarce resources who find themselves in situations of social vulnerability.

Through the initiative, Fr. Ponce De León, with the help of volunteers, offers food and shelter to those who are alone, experiencing challenges in life or are living on the streets. He says, “When you see someone lying on the street because of his drunkenness, or who smokes because of his drug addiction, he is always a person, not a thing. He is a person and therefore he has something to offer us. He is a person and can help us, in the measure in which we are able to honor him as a person.”

Father Ponce De León adds, “He is a person and we must learn to respect him starting from the principle that the door of the heart of that human being opens from within, not with arrogance. And there is no need to ask for external changes, but to wait for the big change to make someone smile because at that moment he can recognize himself as a person.”

It is only with this perspective that one can understand the meaning of the “Shared Table” which is not simply a literal refectory or table for the poor. Father Ponce De León explains, “The central elements of our activity are engaging with those people who sit with us at the table three times a week. We know each other’s names, we access those pieces of history that allow us to know. And we respect each of their decisions even if sometimes we do not share them.”

In honor of his years of dedication to the community, the Departmental Administration of Soriano nominated Fr. Ponce de León for the National Award for Citizen Excellence. Father Ponce de León accepted the award at a celebratory event held on Sept. 12.

Uruguay has managed to decrease its poverty rate by almost half since 2007 when the World Bank estimated that 25 percent of the population was living in poverty. Today, the poverty rate is close to 10 percent with the majority of poor residents concentrated in rural towns and villages.

Salesians have been working with youth in Uruguay for many years, providing educational and social development opportunities to help them break the cycle of poverty and lead productive lives.