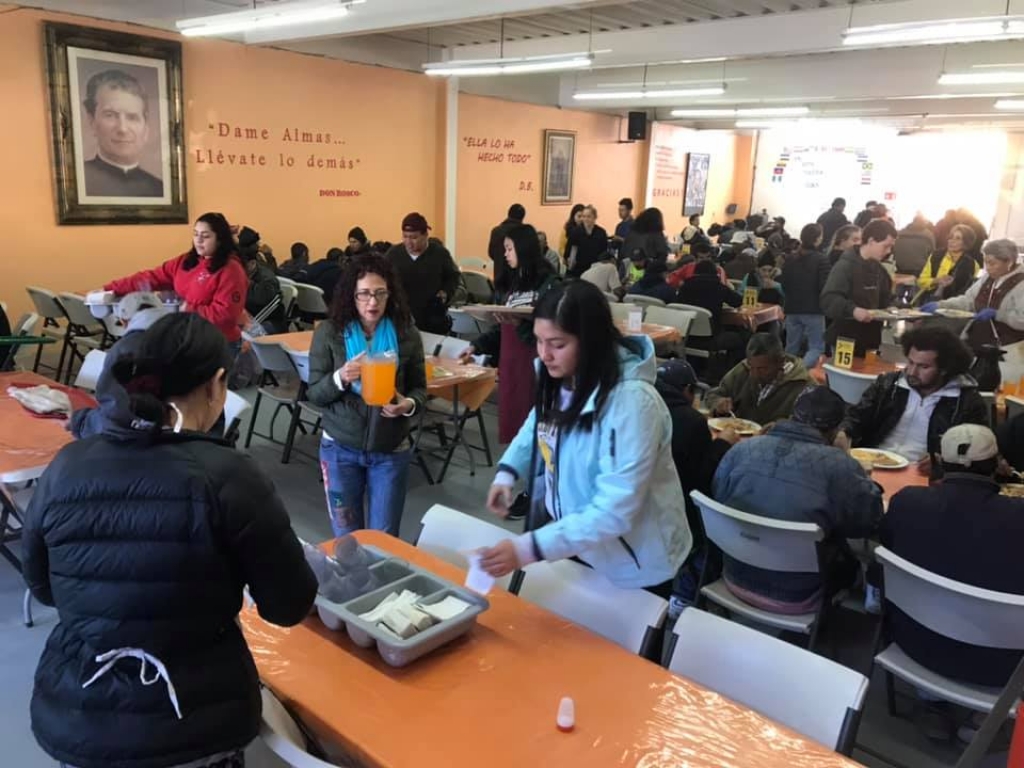 (MissionNewswire) Twelve students from St. Francis High School, located in Watsonville, California, accompanied by two teachers and the delegate for the Salesian mission, spent a few days volunteering at the Salesian Center in Tijuana, Mexico. Salesian Brother Gustavo Murillo welcomed them to Tijuana, guiding them in various activities including fundraising, cleaning the premises, canteen service at the refectory Padre Chava and a visit to an orphanage that welcomes children suffering from AIDS.

Saint Francis High School Salesian College Preparatory provides students with the foundations of lifelong learning including logical and creative thinking skills, promoting awareness of social justice and peace and appreciation and respect for others. The school has 251 students enrolled for 2018-2019 school year.

The trip was an opportunity for students to learn more about Salesian programs in Mexico and give back to those in need. Since 1987, the Salesian Center in Tijuana has been providing services to migrants and poor youth living on the border between Mexico and the U.S. The goal of the Tijuana Salesian Project is to create an extensive educational network in areas where poor youth are at risk of social exclusion. The project took shape through Salesian oratories and educational centers where children grow up learning to share faith, culture and sports within their communities.

The Salesian Center acts as a hub for migrants who are offered a familiar and welcoming environment in addition to much-needed material help. Migrants can access haircuts, a change of clothes, a shower and an opportunity to call and make contact with family. The center also has a partnership with the Red Cross and local volunteer doctors who offer psychological and medical help and assistance.

Those dreaming of being reunited with their families in the U.S. and those deported from the U.S. often arrive at the center with very little. Each day the Padre Chava Refectory serves 900 to 1,200 meals with numbers increasing during Christmas, Easter and summer. Recently, the numbers have been increasing due to the influx of migrants. Salesian missionaries are already serving their maximum number of 1,200 breakfasts and they are preparing to continue at that pace. In preparation, they are engaging 200 volunteers and additional supplies.

The Padre Chava Refectory also helps migrants obtain or manage their official papers and documents and plays a very important role in caring for the Haitian migrants who have flocked into Tijuana. In addition, Padre Chava acts as a hub for care packages such as food and clothing that has been sent as aid to those in Mexico in response to recent earthquakes in the country.

“This was a great opportunity for Salesian high school students in the United States to give back to those in need right across the border,” says Father Mark Hyde, director of Salesian Missions, the U.S. development arm of the Salesians of Don Bosco. “Students had an opportunity to gain some hands-on experience working to serve a community in need. The experience and skills they gained while at the Salesian center will carry over into other work they do in their lives.”