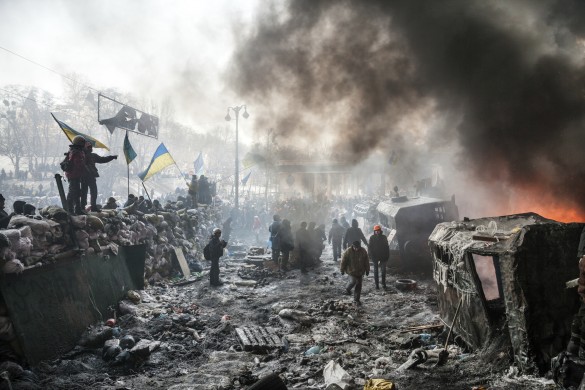 (MissionNewswire) Although a ceasefire in Ukraine was signed on Feb. 15, fighting has continued and thousands of people are being forced from their homes in search of safety. In early February, the UN refugee agency (UNHCR) reported that fighting in eastern Ukraine’s Donetsk region is creating new displacements and pushing the number of registered internally displaced people (IDP) close to one million. In addition, close to 600,000 Ukrainians have sought asylum or legal refuge in neighboring countries, particularly the Russian Federation but also Belarus, Moldova, Poland, Hungary and Romania, since February 2014.

Odessa, the third largest city in Ukraine and a major seaport and transportation hub located on the northwestern shore of the Black Sea, has been welcoming IDPs from Eastern Ukraine since the start of the conflict. A Salesian Center in the city is caring for many who have been displaced through a program that provides shelter, food aid and clothing. Often, those arriving at the center have come with nothing more than what they could carry, having left all behind when fleeing the fighting. The program, run by Salesian missionaries, works to meet the basic needs of the displaced and then assist in finding them long-term housing and employment to ease the transition to their new lives.

Since the beginning of the program, more than 300 people have found work and Salesian missionaries are in the process of helping another 200 prepare for and find stable employment. Those displaced have received assistance with training, resume creation and interviewing skills while being given access to Salesian resources and partnerships that connect them to employers who are hiring.

“Those displaced have fled their homes, their jobs and their support systems in search of safety and shelter,” says Father Mark Hyde, executive director of Salesian Missions, the U.S. development arm of the Salesians of Don Bosco. “The services at the Salesian center in Odessa helps those displaced make the transition to their new community as easy as possible. Salesian missionaries working at the center help them regain stability, employment and hope for the future.”

Salesian missionaries have also opened a children’s center where youth are able to play and connect with their peers. Designed specifically for young people, the space is suitable for games, activities and educational workshops. It also offers individual psychological support to close to 20 children who have been traumatized by war and the abrupt changes in their lives.

Christian families already living in Odessa have been supportive of both Salesian programs and those displaced. Many have taken in displaced families and have helped them acclimate to their new surroundings and communities. Their assistance has decreased the number of displaced families forced to live on the streets.

“Having residents of Odessa assist those who are new to the city has significant results,” adds Fr. Hyde. “They know the landscape and are able to create a support system that includes a network of new neighbors, job prospects and assistance for the future.”

In addition, many military personnel, especially young soldiers, have been in need of medical care and rehabilitation since the fighting began. To help aid these soldiers, Salesian missionaries have started a project to help them access the services they need. Partnering with the local Odessa hospital, the Salesian project is providing funding for medical care and for the purchase of medical equipment like hearing aids for soldiers in need.

ANS – Ukraine – Refugees are the priority for the Salesians in Odessa 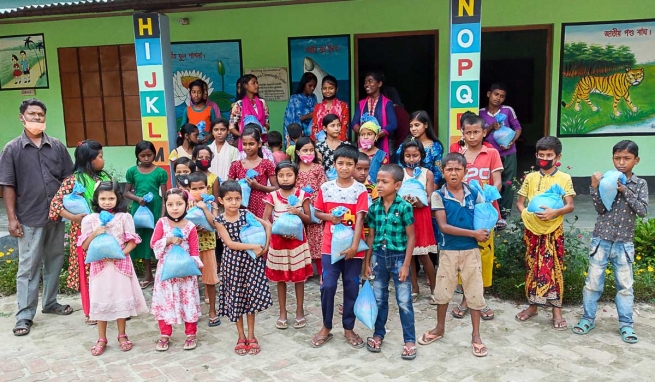