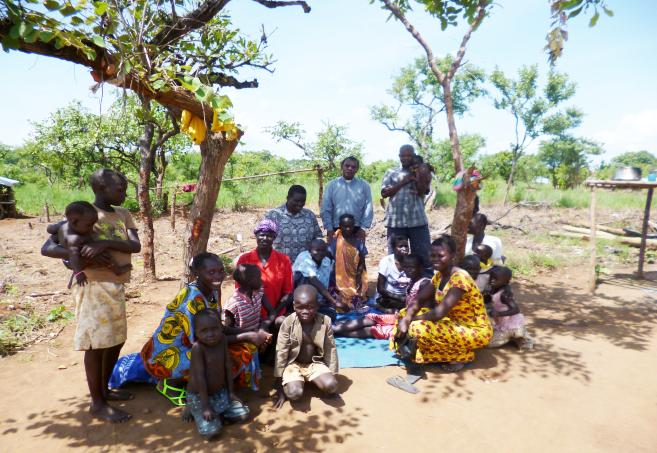 (MissionNewswire) Salesian missionaries are providing five chapels and working to set up a nursery and primary school in the Palabek Refugee Camp in northern Uganda. The refugee camp is currently hosting 34,000 South Sudanese refugees. The camp was officially set up in April 2016 to reduce congestion in larger refugee camps in the north-western corner of Uganda. Uganda hosts close to 1.3 million refugees within its boundaries. ABC News reports that Uganda now has more refugees than Greece, Turkey or any other country in the world at the height of last year’s crisis in Europe.

The news report notes that roughly 2,000 people come across Uganda’s borders fleeing from famine, drought and violence in neighboring countries. Many refugees are from South Sudan, where famines were declared this year. ABC reports that the number of people struggling to find enough food each day has grown to 6 million, the highest level of food insecurity the country has ever seen. The United Nations says almost 276,000 people are estimated to be severely malnourished and in need of immediate life-saving aid.

Salesian missionaries working within the refugee camp report that 86 percent of the refugees there are women and children. The elderly comprise two percent. There are very few men but a significant number of teenage boys are among the population. After reporting to the security, each household of five people is given a shelter and few household items. Shelters are made of tarpaulin roofs and walls are held together with sticks and nails. Each household is given 30×30 meters of land as well as 100 liters of water a day to manage all the home needs.

“Salesian missionaries provides humanitarian assistance as well as educational programs for refugee and internally displaced people around the world,” says Father Mark Hyde, executive director of Salesian Missions, the U.S. development arm of the Salesians of Don Bosco. “In addition to meeting basic needs, educational programs seek to address the need for systematic skills training for youth and primary wage earners responsible for the welfare of their family.”