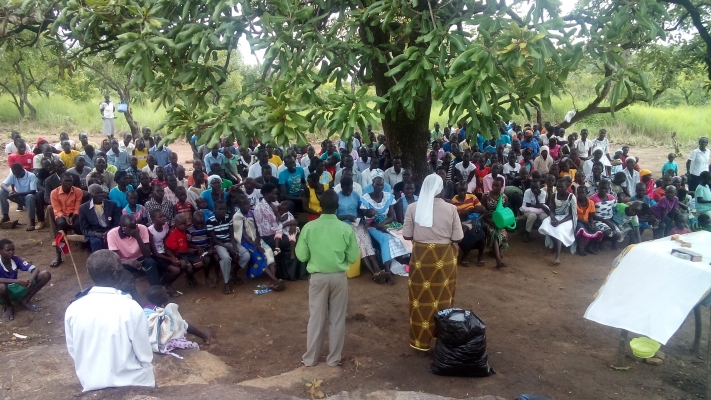 (MissionNewswire) Salesian missionaries recently launched a new Salesian center for South Sudanese refugees in at the Don Bosco Palabek Refugees Resettlement Camp in northern Uganda. The refugee camp is currently hosting 42,000 people with an average of 300 new refugees arriving each week from South Sudan. The camp was officially set up in April 2016 to reduce congestion in larger refugee camps in the northwestern corner of Uganda. Uganda hosts close to 1.3 million refugees.

Salesian missionaries working within the refugee camp report that 86 percent of the refugees there are women and children. The elderly comprise two percent. There are very few men, but a significant number of teenage boys are among the population. After reporting to the security, each household of five people is given a shelter and a few household items. Shelters are made of tarpaulin roofs and walls are held together with sticks and nails. Each household is given 30×30 meters of land, as well as 100 liters of water a day to manage all the home needs.

“It is not the Salesians who distribute food, but the refugees who support the Salesians and offer some of their food to new friends and pastors,” says Fr. Arasu. “In the evening after 5.00 p.m., staff from other humanitarian agencies leave the refugee camp to return to their own lodgings, in a nearby city, after a hard day’s work. The Salesians, instead, remain in the refugee camp, among the people.”

ANS – Uganda – Fr Arasu: “These vulnerable young people are the reason for our being here”