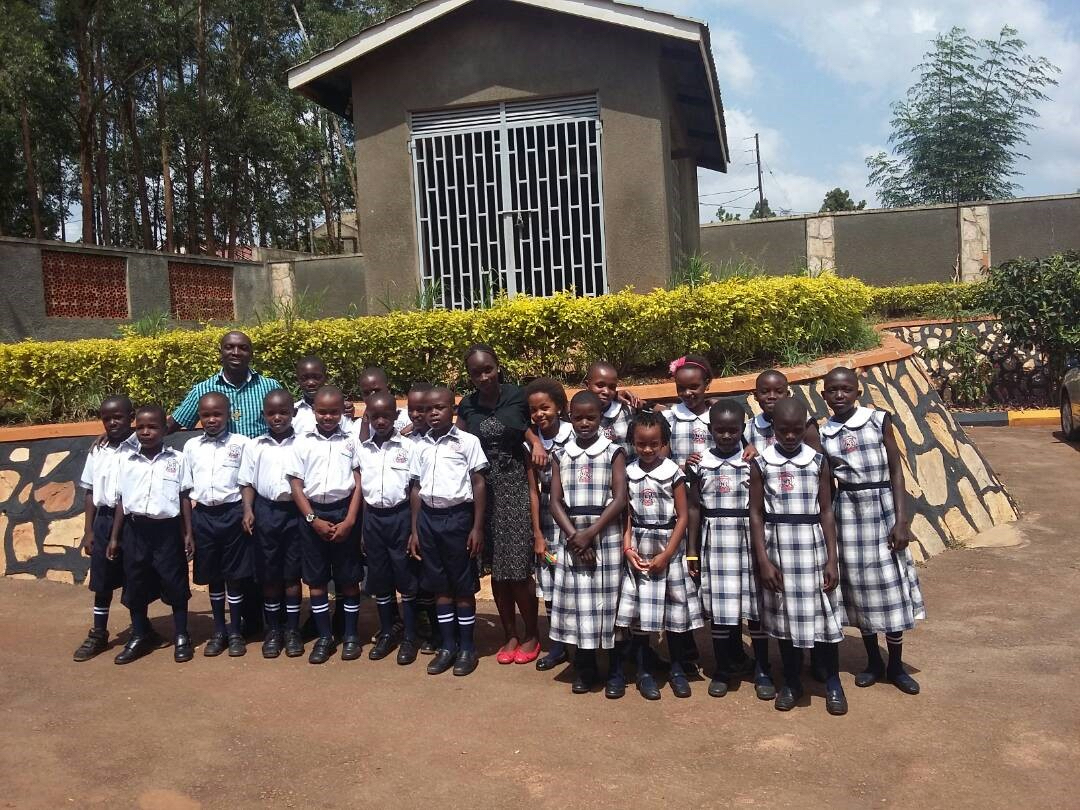 (MissionNewswire) Donations provided through Salesian Missions were able to provide choir robes and liturgical items as well as new school uniforms for students attending Don Bosco Primary School in Namugongo, Uganda. The students are part of the Salesian-run Children and Life Mission (CALM). Salesian missionaries have been operating CALM, located in the town of Namugongo just 10 miles northeast of the city of Kampala in Central Uganda, since 2006.

Two separate donations were able to help support the school. One donation provided the funding for 150 choir robes and items for church such as a monstrance, church bells, an audio mixer amplifier and two microphones. Another donation provided 150 children new school uniforms. The children attending the school are between 7 and 18 years old and are primarily street children, orphans, refugees and children from other vulnerable situations.

Since the purchase of the materials, Salesian missionaries are taking measures for the sustainability of the items. Choir robes will be washed and ironed once a week and kept in a safe room at the Salesian Community Center. The other liturgical objects will also be secured in a safe place. Youth will wash their uniforms twice a week and keep them neat and tidy.

Robert Sanya is one of the beneficiaries of the donation. He was living with his family in South Sudan before violence broke out and his family was forced to separate in search of safety. Robert found his way into a Catholic church where he met Salesian Father Sudhir who sheltered the boy for a year. Robert does not know where the rest of his family is or even if his father who served in the national army is still alive.

Robert was in grade 4 when the family separated. When he was with Fr. Sudhir he did not go to school but constantly spoke of being able to return to his studies. Father Sudhir contacted Father Elie Nyandwi to help Robert access education through CALM as it was impossible for him to go back to his home in South Sudan. Father Nyandwi was able to honor the request, and Robert is now attending grade 5 at Don Bosco Primary School.

Salesian missionaries in Uganda have been actively engaged in improving programs and services to better meet the needs of youth. CALM currently hosts 155 children and about 60 older youth attend the Salesian school in Bombo during the school year. Others attend the Don Bosco school in Namugongo along with 40 students who are not part of the CALM programming.

Today, 34 million people live in Uganda, half are under 15 years of age. Many children and older youth have to deal with diseases such as malaria, respiratory infections, diarrhea and HIV/AIDS. The number of Ugandans living below the poverty line declined from 31.1 percent in 2006 to 19.7 percent in 2013, where it stands today. While the country has seen some economic growth as well as improvement in its Human Development Index ranking over the last 20 years, it still ranks near the bottom at 163 out of 188 countries. After decades of war left many displaced, the people of Uganda face many significant challenges as they work to rebuild their country.