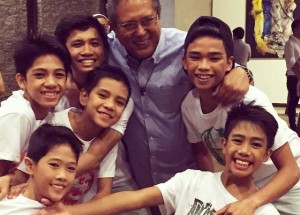 (MissionNewswire) The Salesian-run Tuloy Foundation in Muntinlupa, the southernmost city of the 16 cities that make up Metro Manila or the Philippine National Capital Region, provides residential care services and education for more than 800 street, migrant and orphan youth. Founded in 1993 by Father Marciano

PHILIPPINES: Tuloy Foundation and Capital One Partner to Bring Technical Training and Employment Opportunities to Youth

(MissionNewswire) In the Philippines, there are more than 11 million out-of-school youth with drop-out rates doubling as children reach secondary school, according to UNICEF.  Almost a quarter of the country’s population, including a large percentage of children, live in poverty. The Tuloy Foundation, founded in 1993 by