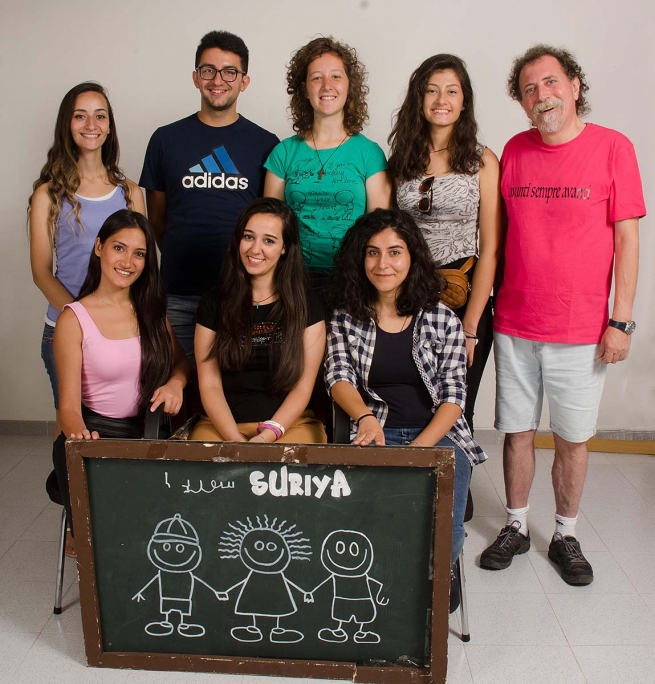 Given the number of refugees fleeing to European cities, youth in Salesian programs are working to help those who have remained in Syria and need assistance. The goal of the Suriya Project is to promote awareness and collect material aid for those still in conflict regions. From the start, youth involved in the project have held various awareness-raising, support and fundraising activities.

They have also organized the potential needs of youth in Syria into several categories: basic necessities; materials for education and psychological training for Salesian teams; and materials for recreational activities at the Syrian Salesian youth center. The project is carried out in collaboration with the National Commission of the Youth Centers of Spain, the Delegates for Youth Ministry of the Salesians and the Daughters of Mary Help of Christians in Syria.

Benjamín Morales, one of the youth working with the Salesian Francisco Míguez Youth Center in Malaga, Spain, will take a trip to Damascus in August. There, he will meet with friends he befriended during a gathering of Salesian volunteers from Europe and the Middle East. Benjamin explains, “The impatient desire to go there and see things directly with my eyes was born in me.”

“This project, which started three years ago with a vigil for peace, is more than a solidarity initiative because it seeks to unite children and young people from both countries,” explains Father Santiago Domínguez, the project’s promoter. “Through festivals, street markets and solidarity parties, the Spanish youth centers have collected around 20,000 euros in three years which have been earmarked for the needs of young people in Syria – money with which the Syrian Salesians have been able to buy school supplies and organize various activities.”

In the coming months, the Don Bosco Confederation of Spain intends to expand the project. Father Domínguez notes, “We want to reorganize the project to support a youth business plan developed by the local Salesians. In this way, every center in Spain would commit itself to financing the business plan of a young person in Syria and with this procedure we could have a direct contact between the centers and the young people we will help.”