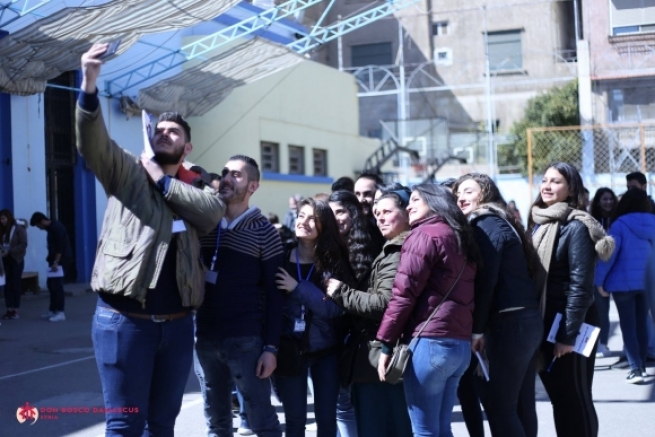 (MissionNewswire) In March 2017, Salesian youth centers in Spain launched a project called Suriya to support youth affected by the ongoing conflict in Syria. Given the number of refugees fleeing to European cities, youth in Salesian programs wanted to help those who had remained in Syria and needed assistance.

The project is carried out in close collaboration between the National Commission of the Youth Centers of Spain, the Delegates for Youth Ministry of the Salesians and the Daughters of Mary Help of Christians in Syria.

“This project provides youth in Spain a chance to pay forward all that they have learned and help those who have lost so much because of the ongoing conflict in Syria,” says Father Mark Hyde, director of Salesian Missions, the U.S. development arm of the Salesians of Don Bosco. “The youth centers in Syria have been in operation since well before the start of the war providing educational classes, meeting space and social development and sporting activities for youth and their families. The centers also offer trauma counseling, emergency shelter, nutritious meals and medical referrals to those in need.”

The goal of the Suriya project is to promote awareness and collect material aid for those still in conflict regions. From the start, youth involved in the project held various awareness-raising, support and fundraising activities. They categorized the potential needs of youth in Syria into basic necessities, materials for education and psychological training for Salesian teams and materials for recreational activities at the Syrian Salesian youth center.

As part of the project’s ongoing work, in May, Father Santi Domínguez, National Coordinator of the Salesian Youth Centers, and María Alonso of the María Auxiliadora Youth Center will travel to Syria to visit the Salesian youth centers in Aleppo and Damascus.

The purpose of this trip is to get to know firsthand the reality of youth centers in Syria, to see how young people there live and what they need. During the visit, Fr. Dominguez and Alonso will meet with Salesian missionaries and lay staff to learn more about their work to help prepare the support and materials in Spain.

In the coming months, a traveling photographic exhibition is also planned to raise awareness of the reality of refugees and the work of Salesian staff in Syria. The goal is to have this exhibit opened during the summer activities held by the Salesian youth centers in Spain.

ANS – Spain – A trip to Syria, through “Suriya” project