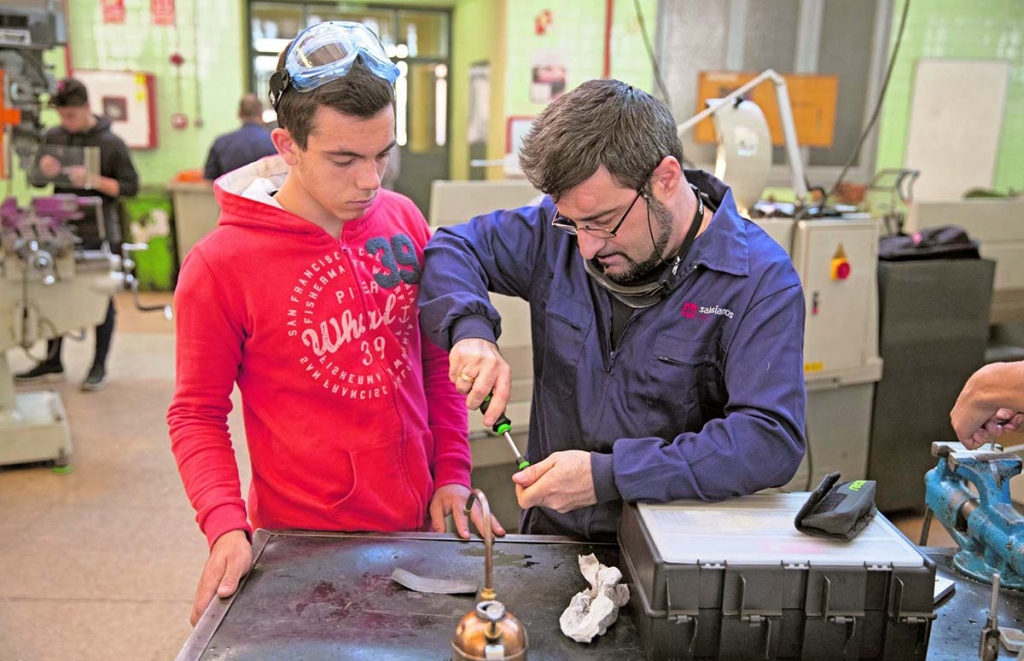 (MissionNewswire) Salesian missionaries and Salesian sisters with Daughters of Mary Help of Christians in Spain offer close to 60 vocational training centers that benefit 18,700 students and employ 1,400 educators. Vocational and technical skills training has become an important part of Spain’s economy and a path many youth take to be able to find employment.

According to Salesian missionaries in Spain, despite there being over a third of Spanish youth of working age who are unemployed, companies have difficulty filling job positions of a technical nature. Ten years ago, the La Caixa Foundation published a study that noted almost half of the population in Europe had intermediate levels of education, which is most requested by businesses. In Spain, however, not even a quarter of youth had attained this level of education, making them unemployable and affecting companies seeking qualified workers.

“With so many young people out of work and facing conditions of poverty in Spain, it is vital for Salesian workforce development programs to respond to market demand,” says Father Mark Hyde, director of Salesian Missions, the U.S. development arm of the Salesians of Don Bosco. “Students in Salesian vocational training centers have a real opportunity to enter the workforce prepared both in terms of the skills they have learned and in their social development, ensuring a lifelong ability to retain livable wage employment and escape poverty.”

One student recently switched from classes in constitutional law and financial mathematics to telecommunications. At a Salesian vocational training center, Carlos Rodríguez Cecilia, aged 19, learned to transmit telephone signals and to connect local networks. He found this much more rewarding than the law and math classes he had been taking.

“My previous classes were all very theoretical and the system did not motivate me much to study. That’s why I decided to look for other options,” says Rodríguez Cecilia. “I changed law for antennas and routers, theory with practice, and university with vocational training. I don’t regret it. Today, I’m very happy.”

The telecommunications program at the Salesian Vocational Center Atocha in Madrid, where Rodríguez Cecilia attended, has recorded an increase in the number of new students coming from university. The association FP Empresa estimates that in the last five years, 10 to 15 percent of those enrolled in integrated vocational training centers are young people who have left university or who, after completing their studies, decided to follow specialization modules in this sector to improve their chances of finding a job.

“Many think that I’ve left university for vocational training because I can’t handle university studies, but that’s not the way it is. They are different realities. Here they teach you a trade,” explains Rodríguez Cecilia.

Vocational training also allows youth who are still undecided on a career path an opportunity to try out various courses until they find their choice. This was the case of 17-year-old Sara Pérez Díez who began attending a basic level course in electricity and is now pursuing a mid-level degree in telecommunications.

Hard hit by economic troubles in Europe, Spain now has the greatest inequality of the 27 countries of the European Union. According to the World Bank, close to 25 percent of Spanish workers are unemployed and a growing number of them can’t afford to buy enough food to live. One in five citizens is living below the poverty line and poor youth with few employable skills struggle the most to find and retain stable employment.