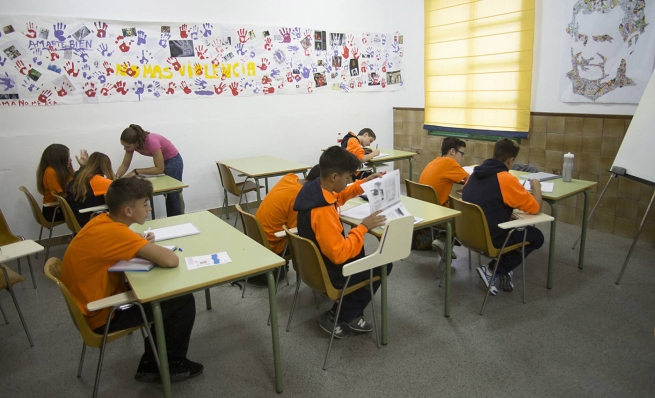 (MissionNewswire) A new educational initiative by the Don Bosco Foundation, with the approval of the Andalusian Educational Inspectorate in Spain, offers different forms of schooling without requiring students to attend formal secondary education. Thirteen youth from the city of Cordoba who come from complex backgrounds are attending courses at the Salesian center to enable them to get back into traditional academic education or vocational training and rebuild their lives.

The Spanish education system has the highest school dropout rate in the entire European Union and it does not always find appropriate responses to reverse the decline, according to an article by El Pais. The first and second chance centers, like the one run by the Don Bosco Foundation, provide very individualized educational models based on the reinforcement of basic skills needed for work. These centers are usually attended by children who are living in poverty and are unable to cope with the hectic pace of the official curriculum and get lost in the large number of students. Even remedial classes are often not enough to help them cope. In order to share experiences and to become centers with a recognized model for quality training, the National Association of Second Chance Schools emerged in 2016.

Many of the students who attend these centers are not able to pay attention in the classroom because they have a lot of family disruption at home. Others do not have the necessary language skills. Still others live in such poverty that they do not have enough to eat and do not get enough sleep in order to be prepared and focus on their school lessons.

“The system takes it for granted that everything is fine in the lives of these students,” says Francisco Alcaraz, director of project development at the Salesian center in the El Pais article. “Students are typically not allowed to feel bad. If there are upsetting circumstances that prevent them from achieving their goals, they are made to feel different and begin to believe that they are a failure.:

The motivation and individual treatment of each child is the cornerstone of the center as to not instill in them a sense of failure. A week after starting school one 14-year-old girl from the Salesian center noted in the article, “Now I like getting up in the morning, I get out of bed happy, even if I have had a bad dream.’’ One of her classmates said, “Last year I was often absent, or I used to doze off in class. I avoided answering questions and I rebelled against the teachers in the school. Now I get up happy.”

The overall goal of the center is to create an atmosphere where youth can learn at their own pace and where they feel comfortable and taken care of enough to learn and focus on their studies. The lesson plans focus on the individual student and meet them where they are in their academic achievement and encourage them to go further in their studies than they even realized possible.

Hard hit by the current economic troubles in Europe, Spain now has the greatest inequality of the 27 countries of the European Union. According to the World Bank, close to 25 percent of Spanish workers are unemployed and a growing number of them can’t afford to buy enough food to live. One in five citizens is living below the poverty line and poor youth with too few employable skills struggle the most to find and retain stable employment. 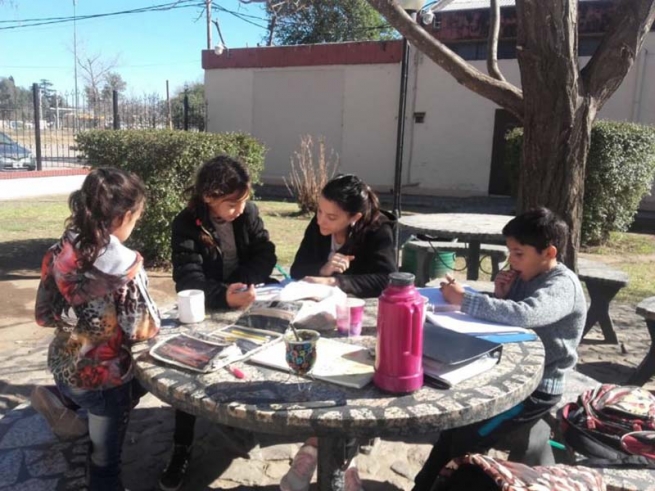