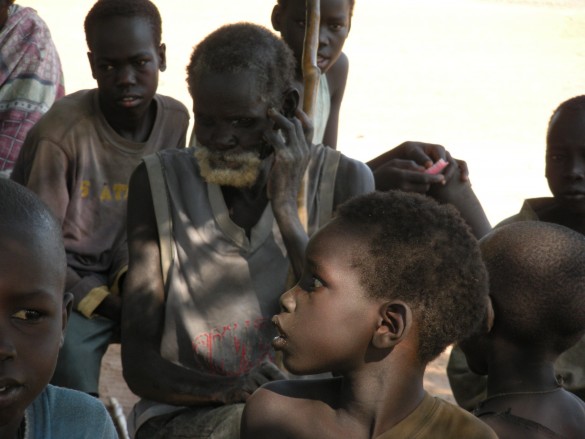 (MissionNewswire) Salesian missionaries have been working in Tonj, a town in the northwest region of South Sudan, for several years. Their focus has been on providing education and social development services for poor youth through the operation of primary and secondary schools and youth centers. In addition, the missionaries operate several medical clinics, including a leprosy clinic, as well as a hospital.

Today, 20 families of people affected by leprosy are living in a place called Laicok where Salesian missionaries have constructed buildings that have space for each family in their own room. Salesian missionaries, with assistance from Salesian Sisters from the Missionary Sisters of Mary Help of Christians, have been providing care and aid to those suffering from leprosy. They are provided shelter, food, clothing and other sanitary items like soap as well as medical care.

The leprosy program was started by Father John Lee who arrived at the Salesian mission in Tonj in 2001. He remained until 2008 when he went away on a trip to South Korea. It was there that doctors discovered Fr. Lee had cancer, and he passed away 14 months later. During his time in South Sudan, Fr. Lee constructed an outpatient clinic and made repairs to the primary school building. He also brought band instruments from South Korea and trained more than 70 young boys and girls. The youth band is well-known in South Sudan and even traveled to South Korea in 2012 to perform.

A new hospital named for Fr. Lee was opened in Tonj in late July 2014 after four years of planning and construction. The current facility consists of maternity and surgical wards and a residence for medical and administrative staff. The hospital was fully operational in 2015. Volunteer doctors from Italy provide the medical care at the hospital.

“Medical care is a very important part of Salesian work around the globe,” says Father Mark Hyde, executive director of Salesian Missions, the U.S. development arm of the Salesians of Don Bosco. “Salesian missionaries care for the sick in more than 90 clinics and hospitals in the more than 130 countries we serve. Many of the hospitals and clinics are located in rural areas where access to medical care is limited.”

South Sudan is one of the poorest countries in the world with 55 percent of its population living in poverty, according to the World Bank. The country celebrated its fourth year of independence in 2016, but is facing an ongoing civil war that started in December 2013 and has resulted in a dire humanitarian crisis. Responding to the ongoing civil strife is nothing new to Salesian missionaries in the country. They have been continuing their educational and social development programs in communities across the country while also responding to the ongoing humanitarian crisis.

“It’s a very challenging time now in South Sudan since the outbreak of civil war that erupted in December 2013 and more escalation this past year,” says Father John Peter, a Salesian priest reporting on the leprosy program in South Sudan. “Many have been killed and millions of people are internally displaced within the country. Because of this unrest, the cost of things has gone very high, including the cost of food, making it difficult for families to survive. We appreciate all those who have assisted and donated in support of our work in the country.”