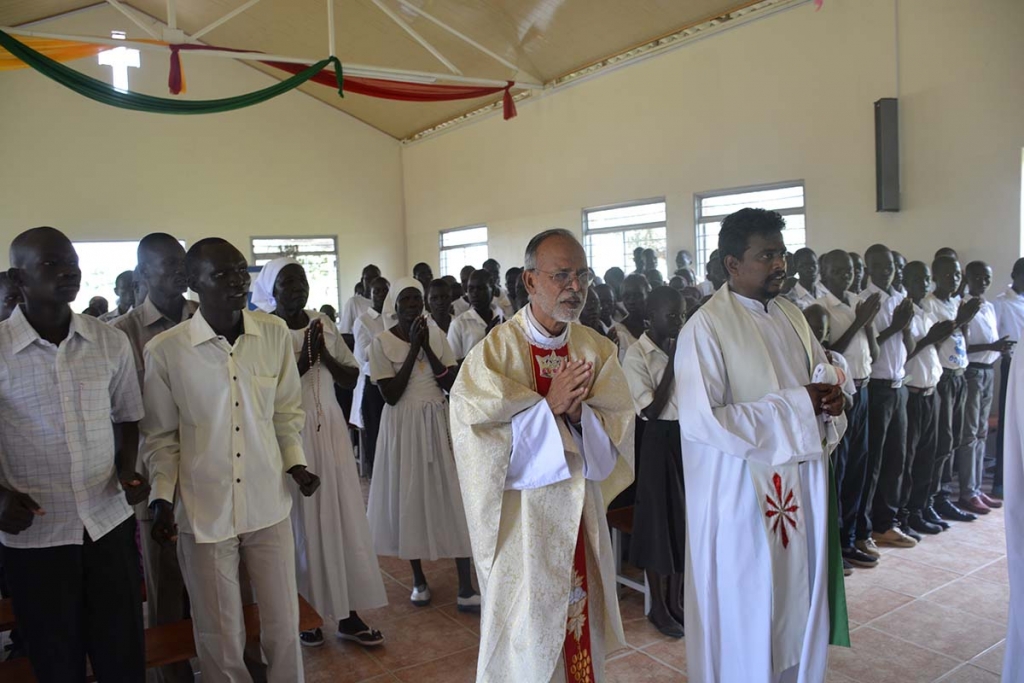 (MissionNewswire) Father David Tulimelli, parish priest at the Salesian St. Vincent de Paul parish which operates Don Bosco Gumbo, has dedicated his life to the youth of South Sudan. He has been a witness to the young country’s troubles and was praised in 2016 for his efforts to assist those who were internally displaced by the ongoing conflict in South Sudan. Fr. Tulimelli fed 4,000 in that year as the country’s refugee crisis intensified.

The Salesian presence in Juba is quite large. One of the primary centers in the region is the camp for those that have been internally displaced that took refugee there during the war in 2013 and then later as conflict continued. At the start, Salesian missionaries report that there were close to 4,000 people. Now, there are more than 12,000, and  the vast majority are women and children. Near the camp there is also a nursery school for 1,000 children. Within the complex, there is also a school run by Daughters of Mary Help of Christians with 1,100 children who come from the neighboring villages.

UNHCR, the United Nations Refugee Agency, has noted that nearly 2 million people are displaced within South Sudan, and close to another 2 million have fled seeking safety and shelter in neighboring countries. Many of those fleeing South Sudan are women and children. They include survivors of violent attacks and sexual assault, children who have been separated from their parents or traveled alone, the disabled, the elderly and people in need of urgent medical care. UNHCR has noted that South Sudan, the world’s youngest nation, has now joined Syria, Afghanistan and Somalia as countries that have produced more than a million refugees. It noted that an estimated 7.5 million people are in need of urgent humanitarian assistance.

“Every morning many children arrive at Salesian programs and schools, they are punctual and clean,” says Fr. Tulimelli. “We insist a lot on hygiene and the minimum rules of conduct, such as punctuality. A neat and welcoming environment, even very simple structures, is already a school of life. The children are the first to believe in it and commit themselves. For them, school is the most important route for the future.”

Fr. Tulimelli notes that one of the biggest challenges is needing more people to assist with the overwhelming need in South Sudan. He notes that there are six Salesian pre-novices in the community so that is a sign of hope but more is needed.

“By widening our gaze, what South Sudan needs most is peace. It is a very young nation with great resources. If there is collaboration, in a few years it can flourish and amaze the world,” adds Fr. Tulimelli.