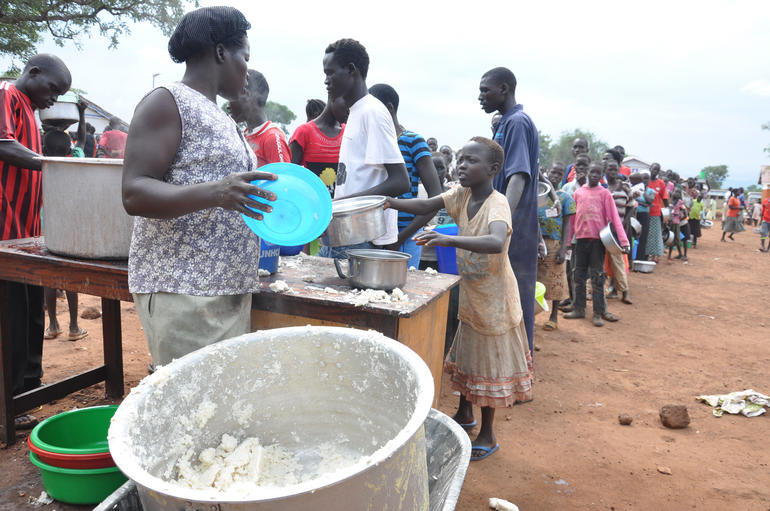 (MissionNewswire) Father David Tulimelli, parish priest at the Salesian St. Vincent de Paul parish which operates Don Bosco Gumbo, has recently been praised for his efforts to assist those who have been internally displaced by the ongoing conflict in South Sudan. According to a Premier Christian Radio article, Fr. Tulimelli fed 4,000 in a year as the country’s refugee crisis intensified.

UNHCR, the United Nations Refugee Agency, has noted that nearly 2.2 million people are displaced within South Sudan, and in September 2016, more than a million fled seeking safety and shelter in neighboring countries. Many of those fleeing South Sudan are women and children. They include survivors of violent attacks and sexual assault, children who have been separated from their parents or travelled alone, the disabled, the elderly, and people in need of urgent medical care. UNHCR notes that South Sudan, the world’s youngest nation, has now joined Syria, Afghanistan and Somalia as countries that have produced more than a million refugees.

Fighting in the country intensified in July 2016 near the country’s fifth anniversary of independence. During the first year of the war, fighting was initially between Nuer and Dinka ethnic communities aligned with the rival leaders but of late a wider array of armed groups and communities have been drawn into the increasingly lethal violence. Salesian missionaries living and working in Juba, the largest city and capital of South Sudan, and in other places across the country, have been on the front lines providing humanitarian relief for those in need. 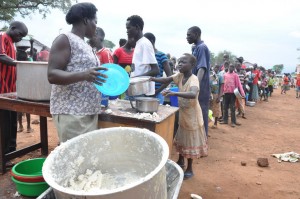 International aid agencies also report severity of human rights violations and abuses have increased with the continuation of hostilities in the country and noted attacks that have singled out and killed children as well as subjected them to sexual violence. Further, the United Nations estimates that as a result of the conflict, up to 4 million people are currently facing “acute” food and nutrition insecurity.

Don Bosco Gumbo, located in the town of Gumbo on the outskirts of Juba, has been hosting more than 3,000 people who fled the violence and conflict. Fr. Tulimelli has partnered with the international aid agency World Vision to provide food for people facing starvation.

“Last year we supported around 4,000 people at the Don Bosco Gumbo compound. But when food supplies ran out for two months and we were hit by cholera, 37 people died. I’m worried that this could happen again,” said Fr. Tulimelli in the Premier Christian Radio article.

According to the article, Jeremiah Young, World Vision South Sudan policy and peace-building advisor, believes there is high likelihood the situation will deteriorate. 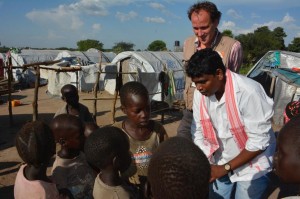 “We cannot ignore the fact that parts of the country are on the brink of famine,” said Young in the article. “World Vision research shows that the failure to provide necessary interventions required to both strengthen capacity to withstand shocks and stresses while also providing lifesaving assistance will likely result in millions more experiencing the highest levels of food insecurity ever recorded in South Sudan.

“If this happens, previous aid and investment will have been wasted. Donors and politicians need to act now to help children caught up in this conflict,” Young warned.