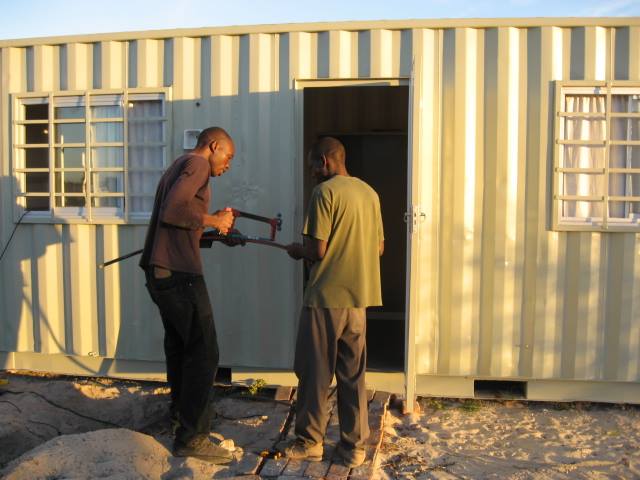 (MissionNewswire) A new Don Bosco Skills Training Center is being constructed in Delft, a small and overcrowded township on the outskirts of Cape Town, South Africa, according to an article in the Global Sisters Report. Salesian Sister Ana Maria Mainero hopes it will begin to provide an alternative to gang life for poor youth. In the Global Sisters Report article, Sr. Mainero, who works in Delft, is worried that gang life is so common in the township that it’s too easy for youth without alternatives to make the wrong decisions.

The Global Sisters Report notes that in 2016 there were 143 murders Delft, which has a population of roughly 152,000 people. That is almost four times the national murder rate of 25.6 murders per 100,000 people. In August 2016 alone, 31 people, most of them teenagers, were killed in as many days in gang-related violence in Delft. The article also indicates that gangs are strongest in areas like Delft with high unemployment, because young people here have no other option to survive economically. Gangs also bring other issues to the neighborhood including violence, crime, and drug and alcohol addiction.

Sr. Mainero said in the article that she believes that teaching young people concrete skills, combined with a healthy dose of confidence-building and faith learning, will help graduates land jobs that will keep them out of gangs. She said, “The great concern is that the gangs take the young people in at a very early age. The children are familiar with gangs, and they grow up with that as something normal.”

Sr. Mainero added in the article that many teenagers who come from broken families are desperate for a sense of belonging. Gangs provide both a surrogate “family” as well as a way to make money through theft or drugs. “It’s all part of the environment that is conducive for the kids to join the gangs,” said Sr. Mainero in the article.

“At any time of the day, there are shootings, because gangsters perceive people are invading their territory,” added Sr. Mainero in the article. “There is total insecurity. It’s devastating when you have to go out of the house and look around the corner to see if there is some suspicion or shooting that can develop. It’s a constant feeling of being alert, because even at lunchtime, the morning—any time is good to shoot.”

Through her work at the Jubilee Church of St. Lawrence, a Catholic church in Delft, Sr. Mainero is overseeing the construction of the Don Bosco Skills Training Center, which is expected to be completed in March 2018. Once built, the center will initially serve 15 youth at a time and provide training in literacy, computer literacy and hospitality skills, along with soft skills like self-confidence and responsibility. These courses will be designed for high school dropouts, a serious problem that further limits employment opportunities in a place where jobs are already scarce.

Poverty is extensive in South Africa with more than 45 percent of the population and more than 63 percent of children living below the poverty line, according to UNICEF. A significant percentage of the population struggles to survive on less than $1 a day. The country is plagued by high crime rates and violence against women and girls. It has been the hardest hit by the HIV/AIDS crisis in the world. There is an urgent need for education to help prevent the spread of the deadly virus and to help lift youth out of poverty.