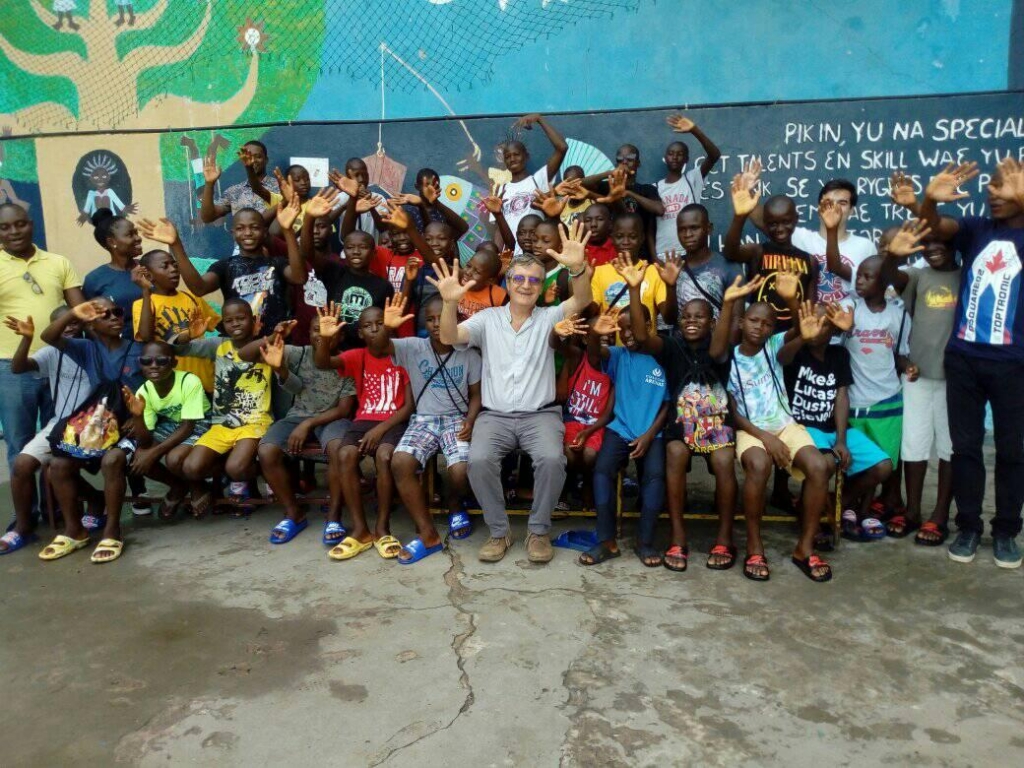 Located in Sierra Leone’s capital city of Freetown, Don Bosco Fambul is one of the country’s leading child-welfare organizations and has been on the forefront of efforts to help rehabilitate street children and reunite them with their families. The organization is directed by Salesian Father Jorge Mario Crisafulli and has a staff of 120 including Salesian social workers who go out to the streets, slums and marketplaces to engage with vulnerable youth and encourage them to join Don Bosco Fambul’s successful program.

Many of the youth who are contacted during this time fill out the required questionnaire and those most at-risk are admitted into the program. Salesian missionaries seek out youth who have few other options and are most in need. This includes orphans, victims of physical, emotional and sexual abuse and those who have spent longer on the street or who are sick and weak. After evaluation, participants are assigned to appropriate educational levels, are given thorough medical exams, necessary treatment and housing. Participants also engage in listening sessions and counseling, group discussions, prayer, talks, sports and recreation, all of which are a part of the rehabilitation process.

On reunification day, an agreement is signed between parents and Don Bosco Fambul in order to secure a safe environment for the children to continue along a path of personal growth, including ensuring they will have the food, clothing, shelter and education they need. Social workers continue to visit the children and their families until they finish secondary school.

“Education helps break the cycle of violence and poverty,” says Father Mark Hyde, director of Salesian Missions, the U.S. development arm of the Salesians of Don Bosco. “This program helps youth come in off the streets where they face poverty and are at-risk for exploitation, and have a chance at a better life. The aim is to help them live safely while getting the emotional support they need and the education that will help them live independently.”