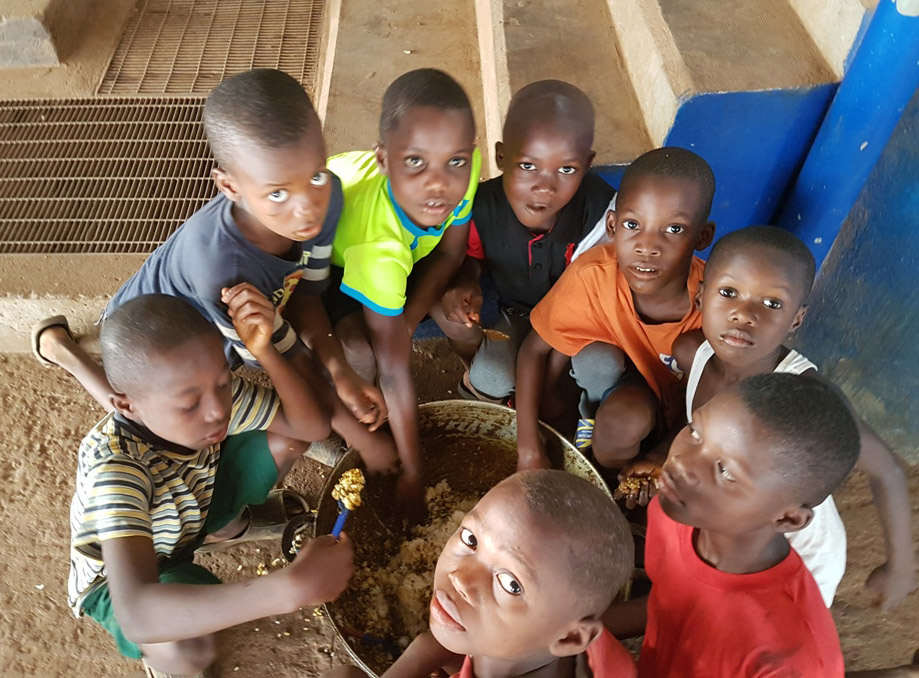 (MissionNewswire) Thanks to funding secured by Salesian Missions, 120 youth attending the Don Bosco Youth Center Dwarzak Project, located in Freetown, Sierra Leone, have participated in workshops, sports and other activities. In addition, the youth center has provided nutritional assistance to 50 youth three times a week and educational and spiritual assistance to 80 children six days a week. These activities promote an enriched environment where youth feel secure and free.

“We are appreciative of the funding which is allowing Salesian missionaries in Freetown to improve the lives of vulnerable youth,” says Father Mark Hyde, director of Salesian Missions, the U.S. development arm of the Salesians of Don Bosco. “These supports decrease the risks for vulnerable youth who might otherwise lead dangerous lives on the streets. This project provides a unique space for youth who lack connection to adults, academic assistance and access to safe places for play.”

As part of this project, Salesian missionaries held a “Youth for Life” workshop in May that discussed issues affecting girls and helped participants develop relationships and trust. It was so successful that the workshops will be expanded to other schools in Freetown.

Salesian missionaries are planning a number of activities to focus on prevention for at-risk youth. These include three workshops focused on HIV/AIDS and other sexually transmitted diseases, environmental conservation and positive attitudes with good manners. Salesian missionaries also plan to establish two programs celebrating Day of the African Child and Christmas. Food, music and small party favors will be distributed to young attendees during the festivities.

In addition, Salesian missionaries are planning a summer camp in August that will directly benefit 250-300 children. Indoor table games will be purchased in the next few months that will be incorporated into the summer camp. During camp, educational, spiritual, musical, arts, sports and pastoral activities will be carried out. Salesian missionaries will also construct a basketball court to minimize travel costs and increase on-site youth recreation.

Salesian missionaries have been serving in Sierra Leone since 2001 when they began working to rehabilitate former child soldiers through the organization, Don Bosco Fambul. In the years since, Don Bosco Fambul, located in the country’s capital city of Freetown, has become one of the country’s leading child welfare organizations—offering food, clothing, crisis intervention services, shelter, educational opportunities, long-term counseling and family reunification.

Food security in Sierra Leone is undermined by chronic poverty. The UN World Food Program reports that over half of the population lives under the national poverty line of earning approximately $2 per day. According to the 2016 Global Hunger Index, Sierra Leone also faces an alarming level of hunger with nearly 38 percent of children younger than 5 years of age suffering from chronic malnutrition.

Young people, especially, face significant challenges in accessing education. With too few teachers and school buildings destroyed in the war, resources are thin. And persistently high illiteracy rates mean that an estimated 70 percent of Sierra Leone’s youth are un- or under-employed.