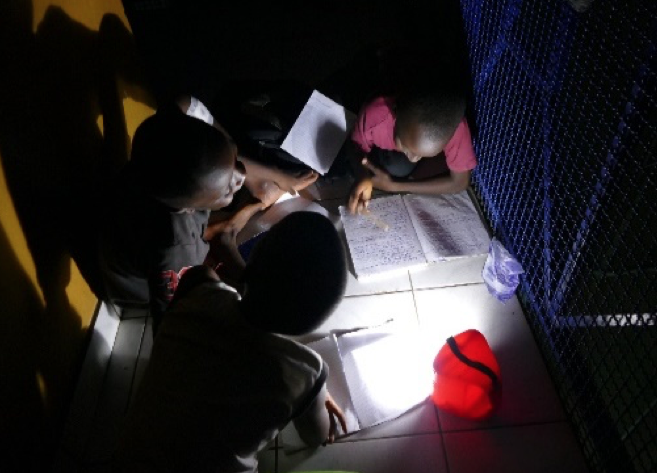 (MissionNewswire) Salesian missionaries with Don Bosco Fambul, one of Sierra Leone’s leading child-welfare organizations in Freetown, immediately responded with relief efforts for those affected by flooding and mudslides that occurred on Aug. 14, 2017. Freetown, the capital of Sierra Leone, lies between the mountains and the sea. The intense rain caused a mudslide on Mount Sugar Loaf in the Regent District on the outskirts of Freetown. The mudslide occurred at 6 a.m. when most of the community residents were still sleeping—leaving them more vulnerable to the rising waters.

While the exact number of victims is unknown, disaster-related deaths are estimated at 500 and more than 600 others are still missing and feared dead. More than 5,000 people were left homeless and hundreds of buildings were damaged or destroyed by the mudslides. The disaster was exacerbated by the city’s poor infrastructure and drainage system. Immediately after the disaster occurred, the government of Sierra Leone, through the Ministry of Social Welfare and the Office of National Security, contacted Don Bosco Fambul asking Salesian missionaries to care for women and children who were victims of the flooding.

Don Bosco Fambul was turned into an improvised shelter. Many of those who came to Don Bosco Fambul had been injured during the catastrophe and were given continuous medical assistance. More than 230 victims of the flooding and mudslide took shelter at the Salesian organization.

Outdoor tents were built on the Salesian compound to house those displaced. A source of electricity was needed, but buying a rechargeable light became problematic and was a drain on the already overtaxed national electricity grid. It became difficult for children to study during the evening and mothers found it challenging to make supper and care for their children in the dark.

With $4,000 of donor support through Salesian Missions, Don Bosco Fambul was able to provide portable solar lights to 74 families and nine orphans (296 individuals). The solar lights were used in the tents as a permanent electricity source. Students used it around the compound to study and sometimes mothers used it at night to feed their babies and do other domestic work.

“We are grateful for our donor who was able to provide support to Salesian missionaries on the ground in Sierra Leone,” says Father Mark Hyde, director of Salesian Missions, the U.S. development arm of the Salesians of Don Bosco. “Because Salesian missionaries are living in the communities they serve, they were among the first to respond with shelter, aid and coordination for relief efforts. Now, they will continue to help families rebuild and lives and livelihoods.”

While all of the victims have been reintegrated back into their communities to date, Don Bosco Fambul is continuing to help beneficiaries in a post-emergency intervention. They were able to secure funding from public and private donor organizations and plan to provide continual school support and vocational skills training for women.

Don Bosco Fambul has been operating in Freetown since 2001, when it launched its work with child soldiers. Today, the organization offers food, clothing, crisis intervention services, shelter, educational opportunities, long-term counseling and family reunification. The organization was on the forefront of efforts to help prevent Ebola in communities throughout Sierra Leone and provide care for children left orphaned by the deadly epidemic. Don Bosco Fambul received Sierra Leone’s Presidential Award in recognition of its contribution in fighting Ebola.