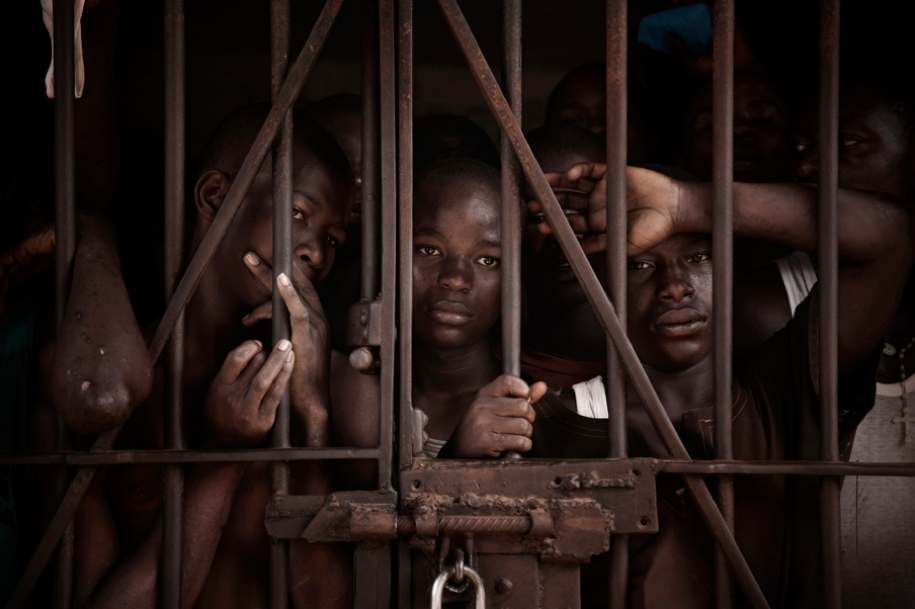 (MissionNewswire) Salesian missionaries with Don Bosco Fambul, located in Sierra Leone’s capital city of Freetown and one of the country’s leading child-welfare organizations, have been actively providing services to young prisoners incarcerated at Pademba Road Prison. A long-term partnership between the prison and Don Bosco Fambul was established to allow missionaries to provide a number of services, including the development of a youth counseling center to give youth and their families the necessary tools for rehabilitation and reintegration upon release.

According to humanitarian watch groups, prisons in Sierra Leone face overcrowding as well as lack vital sanitation and health care. Inmates often die from overcrowding, illness and violence. All too often, minors are detained for petty crimes and end up falling prey to prison violence, giving them little hope for the future upon their release. Pademba Road Prison, the country’s largest detention facility, was designed for 324 detainees but has more than 1,300 inmates, which is still the case in 2017. Overcrowding and lack of clean water and proper hygiene, in addition to lack of medical care, contribute to the spread of persistent disease and illness among the inmates, which has led to deaths.

Food is also scarce in the prison, and the only solid meal of the day consists of cassava leaves and rice. Water distribution is inconsistent, and incarcerated men and boys sometimes do not receive the daily allocation of one-third of a liter of water. Younger, smaller members of the prison’s population suffer the most. Those with money can buy additional food and water, but most men and boys held at Pademba are too poor or do not receive visits from people who could give them money or food.

Salesian missionaries provide food and water for the young inmates while also offering counseling services, medical assistance and therapy to ensure inmates are mentally fit when their prison terms have ended. Through their work, missionaries reach 250 inmates with their prison program. The Salesian program also provides legal services to youth who have committed minor offenses or those who have been unlawfully imprisoned in Pademba. The goal is to seek their immediate release and/or referral to a remand home or to an approved school.

“In collaboration with Catholic Caritas and Sierra Leone Prisons Service, Salesian missionaries launched the Legal Support Project in 2014, providing the most disadvantaged inmates critical legal representation to ensure their rights are upheld,” says Brother Lothar, director of Don Bosco Fambul. “Many of the prisoners assisted through the project do not have family outside the prison to ensure that the court and prison system acts in a fair and balanced way. This project helps to ensure they have fair representation as we work for their release.”

One of the challenges is that records for the prison’s approximately 1,300 prisoners are not well organized and are difficult to access. Many of the incarcerated men and boys have similar first and last names, and prison officers are often careless and negligent when creating or using the documents. The haphazard record keeping and administration result in many incarcerated men and boys waiting months or years before they go to trial. Some have spent months and even years in the prison without having received a formal sentence.

Currently in search of funding to help support their work, Salesian missionaries would like to start a formal education program in the prison in addition to skills training to help inmates learn trades in subjects like masonry, plumbing and welding. The goal is to help young inmates who are illiterate or who dropped out of formal schooling to gain an education and complete both primary and secondary education. For others, the skills training provides an opportunity to learn a trade for long-term employment upon their release. Those who are released with few skills and no employment prospects are at risk for returning to criminal activity for survival.

Photo: Fernando Moleres (2010); winner of the UNICEF “Photo of the Year Award” More >