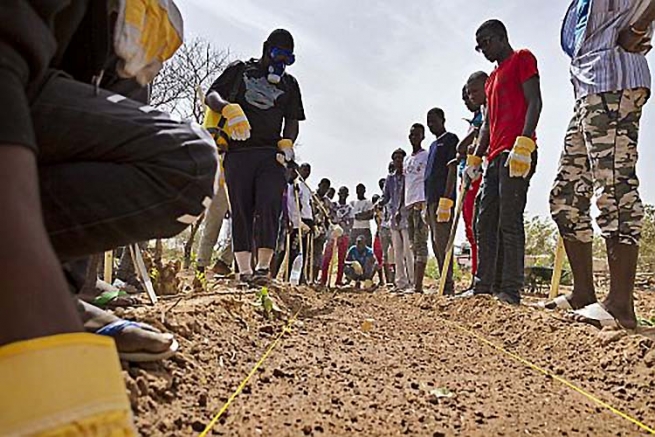 (MissionNewswire) In Tambacounda, Senegal, a town of 80,000 people, there are few opportunities and prospects, especially for young people who represent the large majority of the Senegalese population and a main source of support for families. Many youth leave the area in search of opportunity but can fall victim to exploitation and trafficking. To address the issue, the Salesian-run International Voluntary Service for Development (VIS) has launched a new project known as the “Action to combat irregular migration through support of local development in the Tambacounda Region.”

The project aims to create real opportunities for education and employment so youth are able to stay and to live in their country of origin without feeling compelled to embark on a dangerous journey, often without knowing the real risks awaiting them.

“Tambacounda is one of the places many Senegalese and others pass through to reach the neighboring towns and continue their journey to reach Europe and their long-held dream of opportunities to enhance their wellbeing,” explains Matteo Mancini with VIS and co-founder of the Tambacounda project.

The project is part of the overall initiative by VIS and Don Bosco Missions in Turin, Italy to develop projects and launch awareness campaigns to both stop and educate about the dangers of migration related to human trafficking. With a focus on youth leaving countries in Africa in search of a better life in Europe, the campaign aims to prevent young migrants from becoming victims of crime and exploitation.

By providing analysis and research on the real reasons for migration, informing potential youth migrants about the risks of the journey and the real chances of success, along with giving individual guidance to those who want to leave, the campaign is working to deter young people from leaving countries where people are most at risk of human trafficking. These include Senegal, the Ivory Coast, Ethiopia and Ghana. In collaboration with Salesian missionaries in Africa, the campaign will also raise funds to help with program development in targeted countries in Africa.

“When I think of the impact of this project, I think of a boy from Koar, a small village, who emigrated some time ago and arrived in Italy,” says Mancini. “Upon learning about the project and the agricultural entrepreneurship promoted by VIS in his village, which brought together thirty young people, he chose to return to join the initiative, convinced that it is a credible alternative to leaving for another country and facing the risks.”

As part of the campaign, the Don Bosco Center is also providing information on the risks of illegal migration, including interviews with children who survived their migrant journey and returned home, videos, radio programs and local newspaper stories, in addition to sponsoring forums, films and debates in rural areas.

“From awareness programs in communities to radio programs, the Stop Human Trafficking campaign is utilizing a number of different methods to reach its audience,” says Father Mark Hyde, executive director of Salesian Missions, the U.S. development arm of the Salesians of Don Bosco. “The campaign is also using real stories of young people who have returned home after having been victims of human trafficking, which has been quite effective.”