SENEGAL: Italian volunteers spend time in Salesian programs in Tambacounda to aid poor youth and learn more about their culture 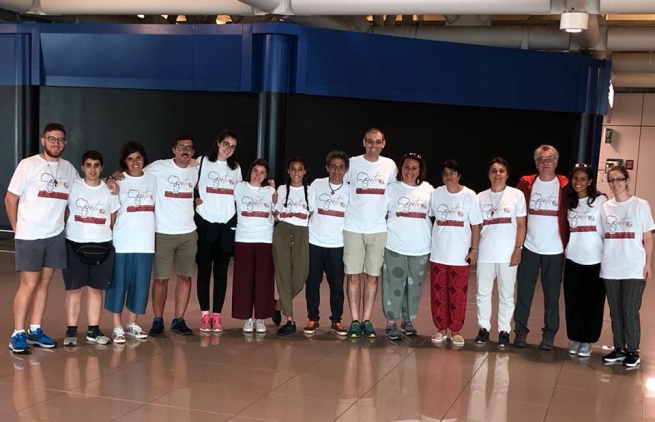 “We started this travel project to bring Italians to Senegal for two weeks to discover not only the natural beauty of the country but also the villages, culture and food that is a world away from the migrants we welcome into our centers in Sicily. We wanted to experience some of their home and their culture,” declared Agostino Sella, president of Don Bosco 2000.

“Before embarking on this missionary journey I wondered how I would have to behave with people who differed in culture and religion,” he says. “The attempt to give answers was insufficient because then you meet the joyful faces of many children despite the misery and the village chiefs who smile and shake hands with an authenticity that you almost forgot because now I share emotions mainly through social media.”

Salesian missionaries are in need of volunteers to help operate their many programs in Tambacounda. A town of 80,000 people, there are few opportunities and prospects, especially for young people who represent the large majority of the Senegalese population and often serve as the main source of support for families. Many youth leave the area in search of opportunity but can fall victim to exploitation and trafficking. To address this issue, the Salesian-run International Voluntary Service for Development (VIS) has launched a project known as the “Action to combat irregular migration through support of local development in the Tambacounda Region.”

The project aims to create real opportunities for education and employment so youth are able to stay in their country of origin without feeling compelled to embark on a dangerous journey, often undertaken without knowing the real risks awaiting them. The campaign has already been successful in Senegal after research there has shown that nearly 40 percent of youth leaving the country are leaving in search of better educational opportunities. With that knowledge, funds now are being raised through the campaign to provide scholarships to students in Senegal so they are able to access educational opportunities within their own country.

Located on the west coast of Africa, Senegal has nearly half its population living in poverty. Crop failures due to extreme weather have impacted the economy and, combined with a recent ban on street beggars, have taken the only source of income away from many families. A recent report by the Chronic Poverty Research Center found that not only are 60 percent of households labeled “poor or vulnerable” but there is a possibility that the poverty will be passed on to the next generation. A sign of hope in the country is the steadily increasing percentage of children enrolled in primary school which according to the World Bank has reached 86 percent.

ANS – Senegal – A generous service where children know how to smile