SENEGAL: A year of field work shows success and challenges of stopping migration through the Stop Human Trafficking Campaign 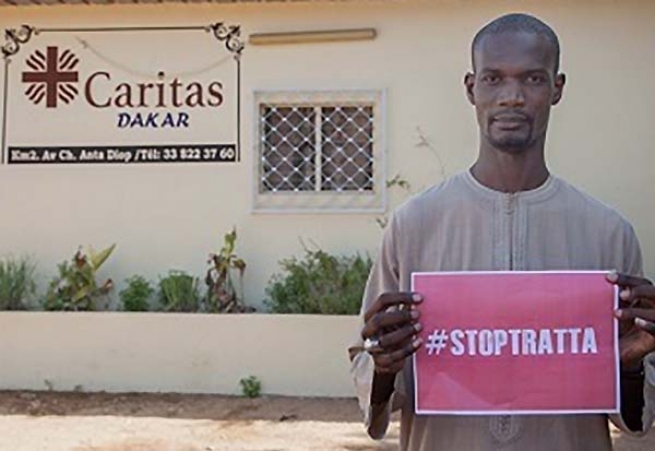 (MissionNewswire) After another year of field work, Salesian missionaries and Salesian International Volunteer Services for Development (VIS) volunteers are reporting on their success with the “Stop Human Trafficking” campaign. Launched in October 2015 by Salesian missionaries in Italy, the campaign raises awareness of the dangers of youth migration. With a focus on youth leaving countries in Africa in search of a better life in Europe, the campaign aims to prevent young migrants from becoming victims of crime and exploitation. The campaign is part of an initiative promoted by the VIS and the Don Bosco Mission Association in Turin, Italy.

“What would I have done when I was 20, without a job, in a village where electricity does not arrive and where there’s water only thanks to some wells and the yellow and white bins, with the rows of people waiting to be able to have a little to wash and to prepare food?” asks campaign collaborator Paola Schinelli.

Many youth taking part in the program at the Don Bosco Center of Tambacounda wonder the same thing. They know the risks the journey to the coast of Europe entails, but they say they are ready to face it because they can no longer bear the situation in which they live. They often ignore the true reality that exists in Europe. This includes the difficulties they will encounter once they arrive in Italy in obtaining a resident permit, a job, and house while trying to create a new life for themselves.

The campaign provides analysis and research on the real reasons for migration, informs potential youth migrants about the journey’s risks and the real chances of success, and gives individual guidance to those who want to leave. Through these actions, the campaign is working to deter young people from leaving countries where people are most at risk of human trafficking, such as Senegal, the Ivory Coast, Ethiopia and Ghana. In collaboration with Salesian missionaries in Africa, the campaign will also raise funds to help with program development in targeted countries in Africa.

“The actions we have carried out have taught us many things, made us come into contact with the phenomena of irregular migration that still today has no intention to cease, let alone change course,” says Schinelli. “During a mission in the Goudiry area, one of the project sites, I stopped to chat with young people in vocational training, youngsters who had already taken the route to the Mediterranean, but who said were willing to leave again should they not find work after the formation foreseen by the project, willing to risk their lives again along the formidable route.”

Salesian missionaries and VIS are continuing to work in the field in collaboration with the dioceses and local authorities to build alternatives in Senegal, Ethiopia and Ghana through development projects aimed at guaranteeing work for potential migrants in their home countries and through information campaigns to make them aware of the risks of travel.