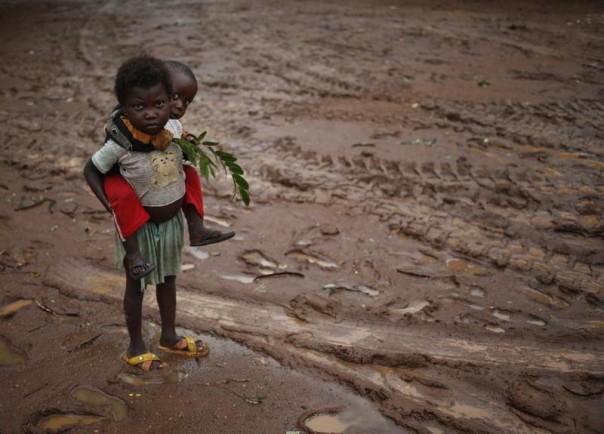 Central African Republic has descended into chaos since the mainly Muslim Seleka rebel coalition seized power a year ago. Its abuses on the majority Christian population triggered waves of revenge attacks, leading to thousands of deaths and displacing hundreds of thousands of civilians, including the majority of the country’s Muslims.

The Chadian troops were escorting the last 540 Muslim residents of the northwestern town of Bossangoa to Gore in Chad when militia attacked the convoy at night on April 11 as it passed through Boguila, around 310 miles (500 km) north of the capital Bangui.

The Chadian soldiers fought back, and three wounded were later admitted to MSF facilities in Boguila and Paoua.

“We witnessed the majority of the population fleeing in panic to the bush,” Stefano Argenziano, MSF head of mission in the country, said in a statement on Tuesday, estimating that around 7,000 people were displaced in the clash.

“We are worried that the gun battle may have resulted in more people being injured. For the moment we cannot access the area to verify if this is the case and evacuate the wounded,” Argenziano said.

The United Nations said earlier this month it was trying to urgently evacuate 19,000 Muslims from Bangui and other parts of Central African Republic who are surrounded by anti-balaka Christian militia threatening their lives.

Chadian troops, at the heart of African efforts to stabilise the country, have escorted convoys carrying tens of thousands of Muslims.

N’Djamena began withdrawing its troops from Central African Republic’s African Union peacekeeping mission, known as MISCA, earlier this month, however, following a series of violent incidents including an attack on a market that killed 30 civilians.

MISCA officers confirmed on Tuesday that Chad had competed its withdrawal and the AU mission and soldiers from a French intervention force had replaced them.

“They left with all their kit without waiting to be relieved,” said a MISCA commander whose Congolese troops had replaced the Chadians in the towns of Kabo and Batangafo.

The United Nations Security Council last week authorized the creation of a nearly 12,000-strong U.N. peacekeeping force in the Central African Republic in a bid to end the violence. The U.N. operation will assume authority on Sept. 15 from the 5,600-strong MISCA force.