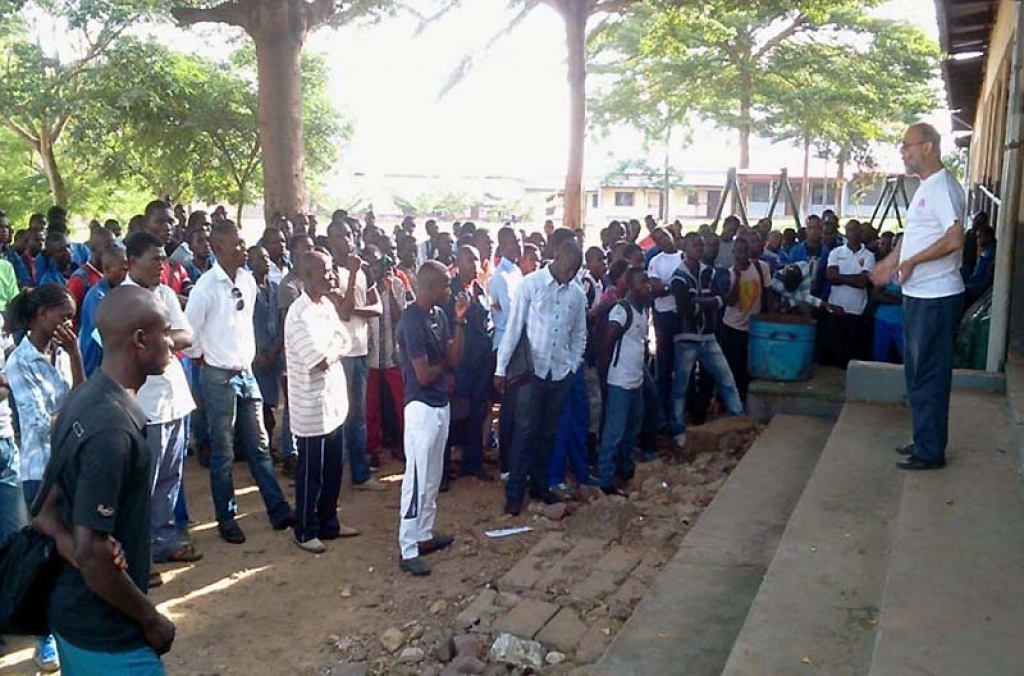 (MissionNewswire) The Don Bosco Vocational Training Center in Brazzaville, the capital and largest city of the Republic of  Congo, recently launched a project for the support of the modernization of vocational training. The project officially launched in May 2018 and runs through October. It aims to further develop the skills of teachers, purchase new equipment and create new vocational training workshops. The overall goal of the project is to improve the training of 21 teachers and increase student enrollment by 3,000 over the next three years.

To better support teachers in the training center, Salesian missionaries will expand the library, address logistical problems related to the transport of teachers to and from school, and improve their salaries. The project will also offer teachers scholarships so that they can engage in continuing education to improve their skills. Most of the training will take place abroad.

Through this project, funding will be utilized to purchase new equipment such as modern high-quality tools and instruments for courses in electro-technical, air conditioning and heating systems, lathing and welding, and carpentry. The project will also purchase new tools for the creation of a driving school within the auto mechanics course in order to ensure that graduating students pass the driver’s test and have their driver’s license.

Finally, taking into account the demands of the local labor market and the interests of students, the Don Bosco Vocational Training Center intends to start new courses in construction, renewable energies, and maintenance of computers and networks, electronic and audiovisual equipment.

“One of the key challenges facing youth in the Congo is the lack of education and the skills required to find and retain stable employment in the labor market,” says Father Mark Hyde, director of Salesian Missions, the U.S. development arm of the Salesians of Don Bosco. “Salesian missionaries provide youth access to education and training opportunities they would not have otherwise—with a focus of the training to prepare students for the workforce. Making these improvements to the vocational training center is essential to the quality of education provided.”

The Republic of Congo’s population is concentrated in the southwestern portion of the country leaving the vast areas of tropical jungle in the north virtually uninhabited. One of the most urbanized countries in Africa, it has 70 percent of its total population living in a few urban areas. In recent years, industrial and commercial activity has declined rapidly in rural areas leaving rural economies dependent on the government for support and subsistence.

ANS – Republic of the Congo – Support for modernization of vocational training