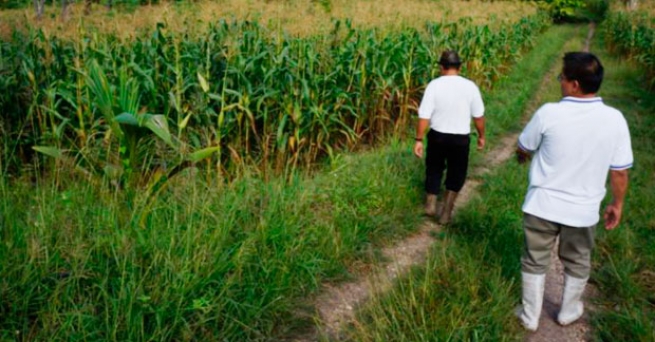 (MissionNewsire) Salesian missionaries are launching an organic cocoa plantation in Ginatilan, Cebu, an island province in the Philippines consisting of the main island itself and 167 surrounding islands and islets. The new project will be built on 500 square meters of land and is expected to accommodate 200 cocoa plants that will bear fruit in a short time. The project will also build a house with dormitories, kitchen and bathroom facilities for staff.

The goal of the project is to counter child labor and the harsh labor conditions often found in the cocoa industry. According to the Food Empowerment Project, chocolate, which is a product of the cocoa bean, grows primarily in the tropical climates of Western Africa, Asia, and Latin America. Western African countries, mostly Ghana and the Ivory Coast, supply more than 70 percent of the world’s cocoa. On average, cocoa farmers earn less than $2 per day, an income below the poverty line, and plantations often resort to child labor to keep their prices competitive. There are nearly 1.8 million children trafficked, sold and forced in child labor in the cocoa industry in Africa alone.

To counter this, Salesian missionaries are launching this new project to train agricultural technicians on the cocoa crop so they can manage the nursery. It will also serve to motivate local farmers working at the cocoa plantation to treat all workers humanely. The climatic conditions and soil characteristics in the Philippines are favorable to this type of crop and in the area there is a growing interest among local farmers because of the local and international demand for cocoa products is high. Missionaries have already found the ground and have started preparations for the construction of the nursery.

“This project will empower farmers interested in working in the cocoa industry to start their own farms by learning the best agriculture techniques and the business practices to sell their project on the market,” says Father Mark Hyde, executive director of Salesian Missions, the U.S. development arm of the Salesians of Don Bosco. “The farm will also provide a model for humane working conditions for the farmers and provide hands-on training for youth who are taking course work in agriculture education.”