Home / ANS  / PERU: Salesian missionaries respond to needs of indigenous populations after 8.0 magnitude earthquake in May

PERU: Salesian missionaries respond to needs of indigenous populations after 8.0 magnitude earthquake in May 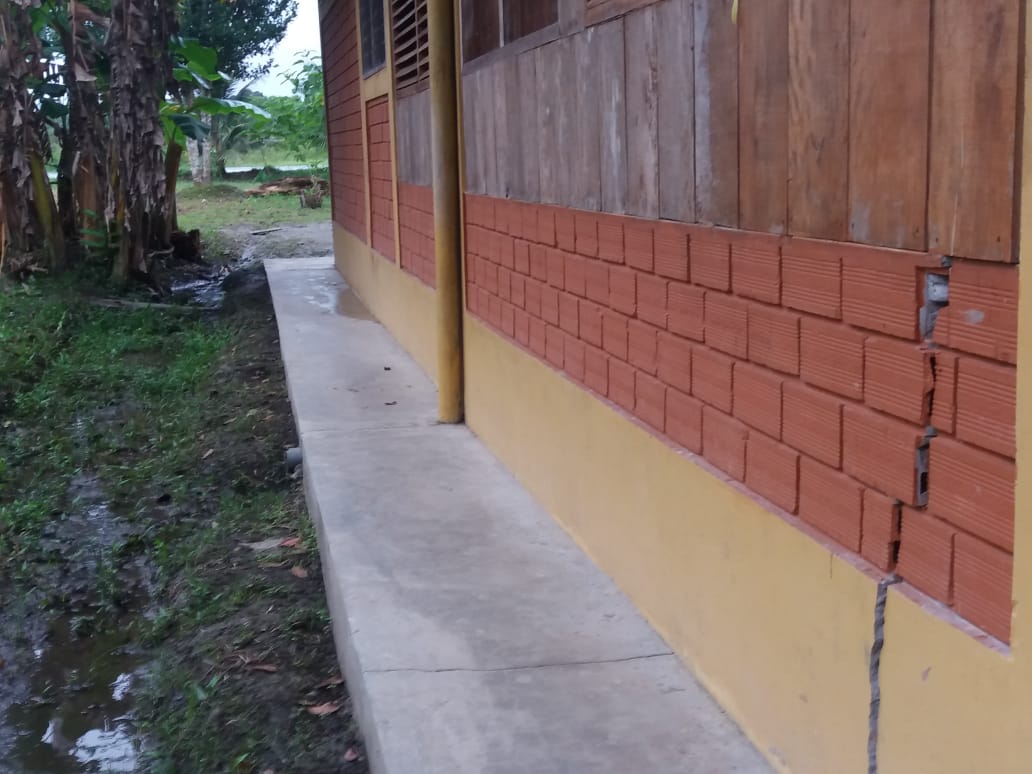 (MissionNewswire) Salesian missionaries have been responding to the needs of indigenous populations in the Peruvian Amazon since an 8.0 magnitude earthquake shook the region on May 27. According to news reports, one person was killed and 11 people were injured when the earthquake affected the departments of Loreto, Yurimaguas and Alto Amazonas.

Salesian missionaries, who have been working in the region since 2001, have a presence in San Lorenzo, San Fernando and Kuyuntsa where they serve 8,000 children, adolescents and families. Some Salesian buildings were damaged during the quake and the Don Bosco Foundation in Peru has asked for assistance in reconstruction efforts.

“The largest and richest region of biodiversity in Peru is the Amazon,” says E. Ortiz, a Salesian missionary. “The area covers 60 percent of the country’s territory. It accounts for 31 ecosystems and 14,712 animal species, and hosts a plurality of ancestral cultures and over 60 ethnic groups. Yet the region is the most forgotten of all, due to the indifference of governments.”

In San Lorenzo, Salesian missionaries operate a parish, several chapels and an outreach service in the indigenous communities and along the banks of the Marañón river. In San Fernando, Salesian missionaries operate several chapels and facilitate the Intercultural Training Center known locally as Yánkuam Jintia. In Kuyuntsa, there are Salesian parishes, outreach missionary services and boarding schools for indigenous youth.

After the earthquake, Salesian missionaries responded with food and shelter for those in need. Since then, they have been developing a long-term strategy for reconstruction to help local communities prepare for natural disasters such as this. The overall goal is to improve the quality of life and help indigenous populations develop skills that allow them to deal with disasters in a family and community environment.

Because Salesian buildings were affected, the Don Bosco Center in Peru is seeking funding to help with reconstruction of the Intercultural Training Center in San Fernando so it can continue to provide quality technical education and human-Christian formation to the young indigenous people of the ethnic groups Achuar, Kandozi, Mestizos and Quechua.

A reception house for indigenous girls at the Salesian Missionary Society of San Lorenzo must also be repaired as well as two missionary chapels that were damaged in the earthquake.

Peru faces high levels of income inequality and has more than 21 percent of its population living in poverty, according to the World Bank. Poverty levels are significantly higher in rural areas but urban areas struggle most with inequality, most notably metropolitan Lima. Poverty in the country is made worse by a shortage of productive farmland and a lack of job skills among women entering the workforce, adequate housing, nutrition and education. Peru has also been plagued by hunger and disaster. According to the World Bank, close to 25 percent of children in the country are chronically malnourished.

ANS – Peru – Earthquake destroyed even the memory: “We help our suffering brothers by giving them food and shelter”