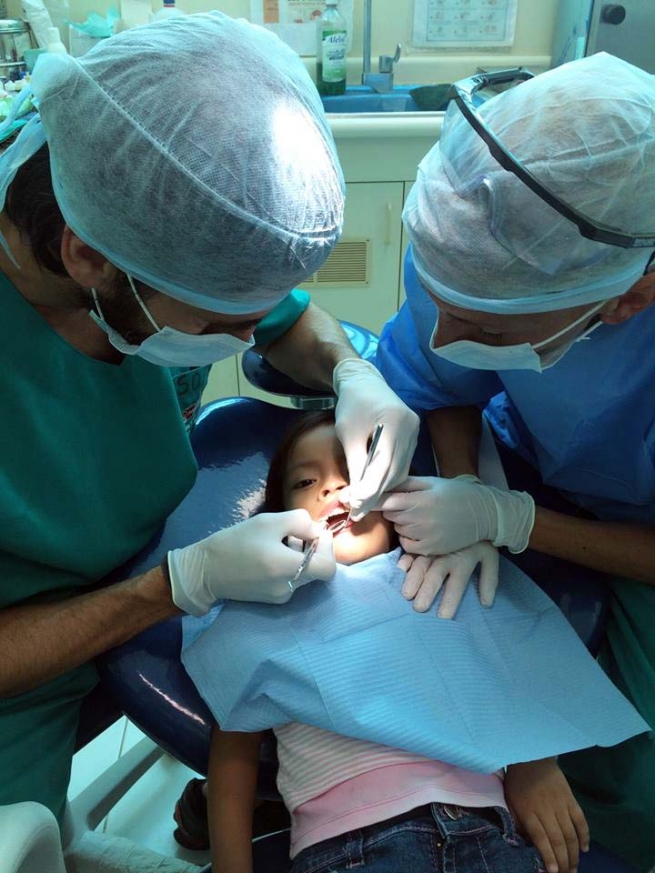 (MissionNewswire) Salesian missionaries with the Don Bosco Foundation of Peru recently launched a free medical, surgical and dentistry clinic in the city of Piura, in the northern part of the country. The free medical and dental assistance was launched with the help of 14 medical and dental professionals who are part of ULYSSES, a humanitarian organization providing professional medical assistance. Speaking on behalf of the doctors who contributed, Dr. Daniel Sommacale said he was pleased to assist because the beneficiaries were low-income patients whose quality of life has been greatly improved by the intervention.

The city of Piura was chosen because it is ranked poorly for health conditions and access to medical and dental assistance. The area is the main producer and national exporter of organic bananas, mango, lemon, grapes and products like coffee, but even still, more than 35 percent of the city’s residents live in poverty. The medical clinic was also made possible through support from the Regional Government of Piura, Diresa, the Naval Station of Paita, the City of Paita, the Terminal Port Euroandinos, the Stella Maris Institute of Lima, the Salesian Institute and the Food Bank.

Eighty surgeries were performed during the medical clinic and more than 100 people accessed free dental examinations. Dentists also provided free oral health education to more than 1,000 schoolchildren in the region. During the presentations, students also received free toothbrushes and toothpaste. Since 2005, Salesian missionaries have been offering similar medical clinics in Peru to improve the quality of life for people.

Offering these free medical and dental clinics is nothing new to Salesian programs. Salesian missionaries offer more than 200 medical clinics and hospitals, mostly in rural areas, that handle a wide range of medical care needs. Leprosy, otherwise known as Hansen’s disease, has been a focus of Salesian-run medical clinics for more than 100 years. Salesian hospitals for people affected by leprosy and leprosy control programs can be found in Brazil, Colombia, India, Thailand, Macau and a number of nations in Africa. HIV/AIDS prevention programs are also a vital component of Salesian healthcare initiatives in Africa. In many countries with Salesian programs, additional dental and other necessary health services are offered.

“The health of the young people we serve is very important to us,” says Father Mark Hyde, executive director of Salesian Missions, the U.S. development arm of the Salesians of Don Bosco. “The work we do in Peru and in programs around the globe goes beyond education. We serve the whole person by making sure the basic needs of health and nutrition are met in addition to other social service needs.”

ANS – Peru – A medical-surgical and dental campaign for the needy