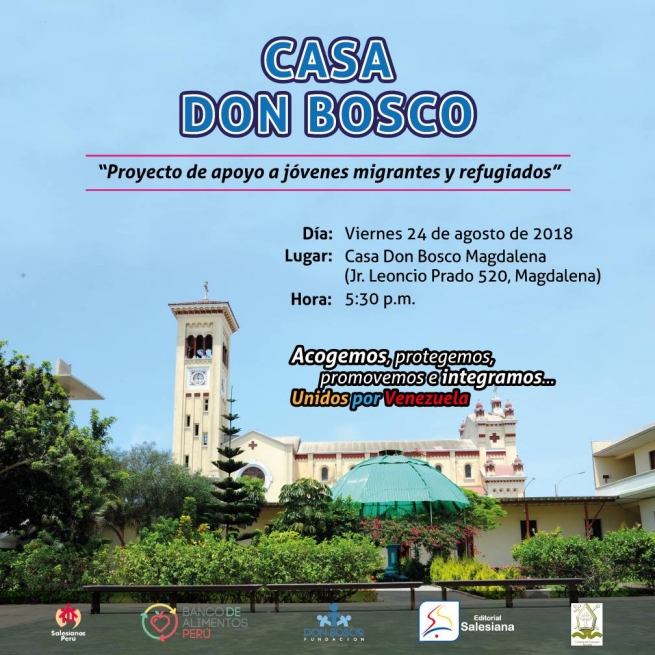 (MissionNewswire) Salesian missionaries in Lima, Peru have launched a new program to assist the many migrants who are fleeing from Venezuela. BBC news reports that tens of thousands of Venezuelans are fleeing their country because of chronic shortages of food and medicines. Since 2014, millions of citizens have left Venezuela given the country’s longstanding economic crisis. Surrounding countries are struggling to accommodate the influx of people needing support, shelter and assistance.

UNHCR, the United Nations refugee agency, has warned that the continent faces a refugee “crisis moment” similar to that seen in the Mediterranean in 2015, according to a BBC article. UNHCR is in the process of setting up a special team to coordinate a regional response.

Peru is already home to nearly 400,000 Venezuelan migrants, most of whom arrived in the past year. Salesian missionaries in Peru are working to set up accommodations and programs to help migrants integrate into their new communities. They have heard first-hand the challenges migrants face like Roque Díaz who says, “There is no future in Venezuela,” and Ilich Márquez who notes, “It is very difficult to survive.”

According to the International Organization for Migration (IOM), the Venezuelan population that has arrived in Peru in recent months consists mainly of young men between 18 and 34 years of age who often possess a higher level of education. In response to the need, Salesian missionaries are launching a new program named Casa Don Bosco which will be located in an old vocational training house. The program will be supported by the Episcopal Conference, the Salesian Publishing House, the Food Bank of Peru and the Don Bosco Foundation which is the organizing body for Casa Don Bosco.

“Salesian missionaries in Peru and in countries around the globe operate projects and facilities for young refugees and migrants who have sought asylum and arrived in a new country without their family or a means for survival,” says Father Mark Hyde, director of Salesian Missions, the U.S. development arm of the Salesians of Don Bosco. “The goal is to help these youth in their daily lives and assist them in finding a home and employment while integrating them into their new communities.”

Peru faces high levels of income inequality and has 22 percent of its population living in poverty, according to the World Food Programme. Poverty levels are significantly higher in rural areas but urban areas struggle most with inequality, most notably metropolitan Lima. Poverty in the country is made worse by a shortage of productive farmland and a lack of job skills among women entering the workforce as well as a lack of adequate housing, nutrition and education.

According to the World Food Programme, over the past decade hunger and poverty have significantly decreased in Peru thanks to consistent economic growth, investments in infrastructure, education and health and an expansion of social programs. One of the country’s greatest achievements was the halving of chronic child malnutrition, currently at 13.1 percent. However, rates still vary widely among regions reaching peaks as high as 33.4 percent in remote rural areas in the Sierra and Amazon regions. Among indigenous people, especially in the Amazon, stunting rates have not decreased in the past 10 years.

ANS – Peru – Sons of Don Bosco, sons of a migrant, inaugurate house for migrants and refugees from Venezuela