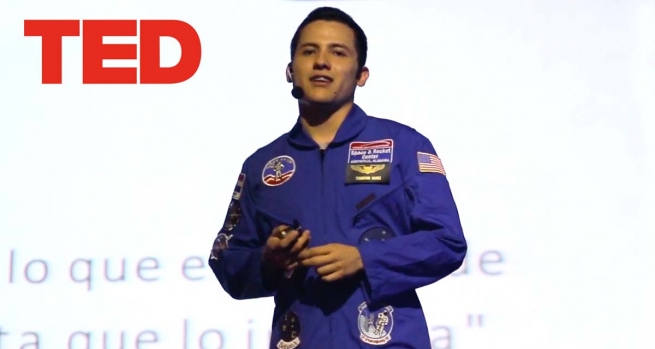 (MissionNewswire) Salesian graduate, Sebastián Núñez, who completed his studies in 2018 at the Salesian School in Asunción, Paraguay, was selected to speak about his experience at NASA at a recent TED Talk.

In July 2018, Núñez was accepted into NASA’s Space Camp program at the U.S. Space & Rocket Center in Huntsville, Alabama. To be selected to attend, Núñez had to present numerous documents and reference letters and highlight an experiment that he had done documented by photographs and videos.

After completing his experience at NASA, Núñez had the opportunity to speak as part of the TED Talks this July. He says, “At home I had no internet, but I had a collection of encyclopedias and books, and I would spend my time drawing planets and comets. At night I spent hours looking at the sky and the stars. As a child I cultivated this dream of becoming an astronaut. I’m happy to share my personal experience, to show that it is possible, with the utmost dedication, to fulfill one’s dreams.”