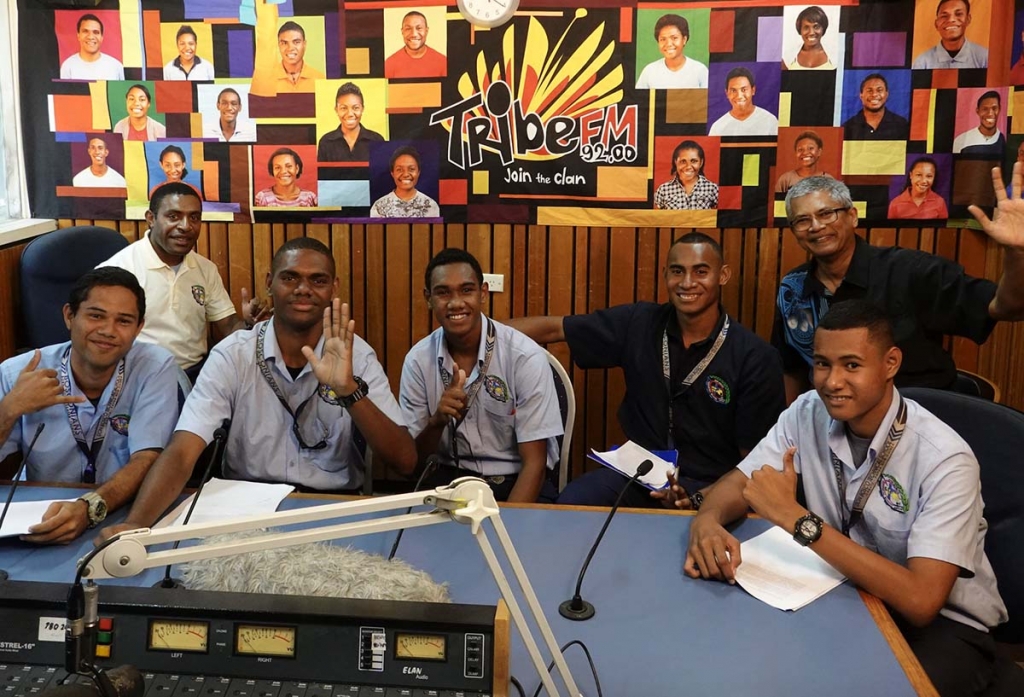 (MissionNewswire) On Mar. 13, five students from Don Bosco Technical School in Port Moresby, Papua New Guinea, participated in an interactive broadcast program held on the radio station TribeFM. They discussed topics around the theme of “Climate change and its effect on our lives.”

Youth shared their views on climate change, stressing the importance of raising awareness of the issue among their peers and highlighting what can be done to reduce their environmental impact. The event, which was broadcasted by the local NBC TV station, was organized in collaboration with the Social Communication Office of the Episcopal Conference of Papua New Guinea-Solomon Islands, led by Salesian Father Ambrose Pereira.

“In Salesian programs around the globe, youth are focused on environmental causes, helping to make their communities and the world around them a better place to live,” says Father Mark Hyde, director of Salesian Missions, the U.S. development arm of the Salesians of Don Bosco. “Salesian programs focus on providing youth an education and meeting their basic needs, but also go far beyond that, helping youth develop leadership skills and giving them a platform to discuss the issues they care about most.”

In addition to the work in Papua New Guinea, Salesian missionaries facilitate the Don Bosco Green Alliance which is an international collective of youth from Salesian institutions and organizations that contribute to global environmental action, thought and policy. The alliance focuses on creating an environment that is safe and caring for all life on the planet while raising up a new generation of environmentally committed citizens and leaders.

Salesian missionaries in Papua New Guinea provide primary and secondary education as well as technical skills training to prepare youth for the workforce. Missionaries also help to ensure that basic needs like shelter, food and water are met so students are able to focus on their studies.

Close to 50 percent of adults are illiterate and 25 percent of children are unable to attend school in the country. Part of the problem with getting to school, work and hospitals has to do with the country’s infrastructure. In rural areas where nearly 88 percent of the population resides, there are few roads or means of transportation to get to schools or places of employment.