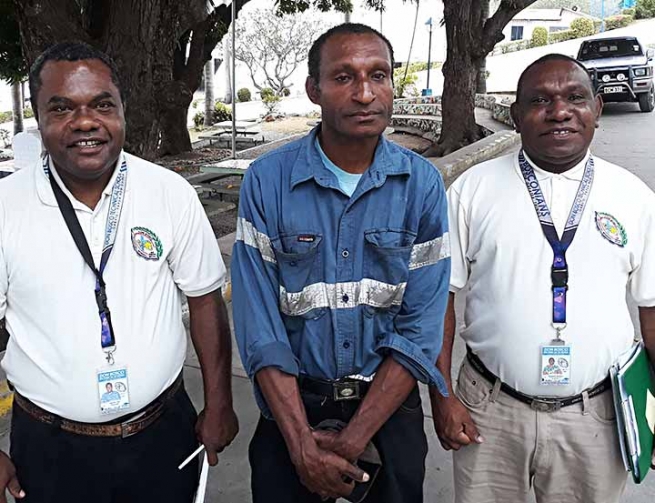 (MissionNewswire) The Don Bosco Technical School in Gabutu, an area within the city of Port Moresby in Papua New Guinea, is providing close to 1,000 students a chance to gain the skills needed for employment. Some students have already graduated and are now employed at the school. Martin Dai, the current principal, is one of the first 120 students who graduated from the Don Bosco Technical School in 1988. He has been married to his wife Rebecca for 17 years and is the proud father of seven children.

Recently, Martin shared the story of one of his former students. He says, “My wife Rebecca was on her way back from work when she saw a 19-year-old young man waiting at the bus stop. Everyone who knew him told her that he was looking to steal and take people’s bags away. But Rebecca decided to approach him, and it all started with a simple greeting. The young man opened up to her, offering to accompany her from the bus stop to home. Sometimes he offered to help her by carrying her bags. Rebecca took a risk. She trusted him because the boy had a good heart.”

Rebecca introduced him to Martin and explained that she believed him to be honest, trustworthy and protective of women. She asked if her husband could help him and suggested that if he wanted to, he could enroll in the training course for the development of job-oriented skills at the school.

Martin met the young man, who asked to be called Usky, to learn more about him. Usky did not know his mother and father and mainly lived at the bus stop. He accepted Martin’s offer to gain an education at the Don Bosco Technical School. He started as a welder. Teachers found him to be an honest and responsible young man and a hard worker. The school became a home for him and after he graduated, he found work as a clerk. Today, Usky is a full-time employee at the Don Bosco Technical School in Gabutu. He, like Martin, is able to give back to the school that gave him so much.

Salesian missionaries in the country provide primary and secondary education as well as technical skills training to prepare youth for the workforce. Missionaries also help to ensure that basic needs like shelter, food and water are met so students are able to focus on their studies.