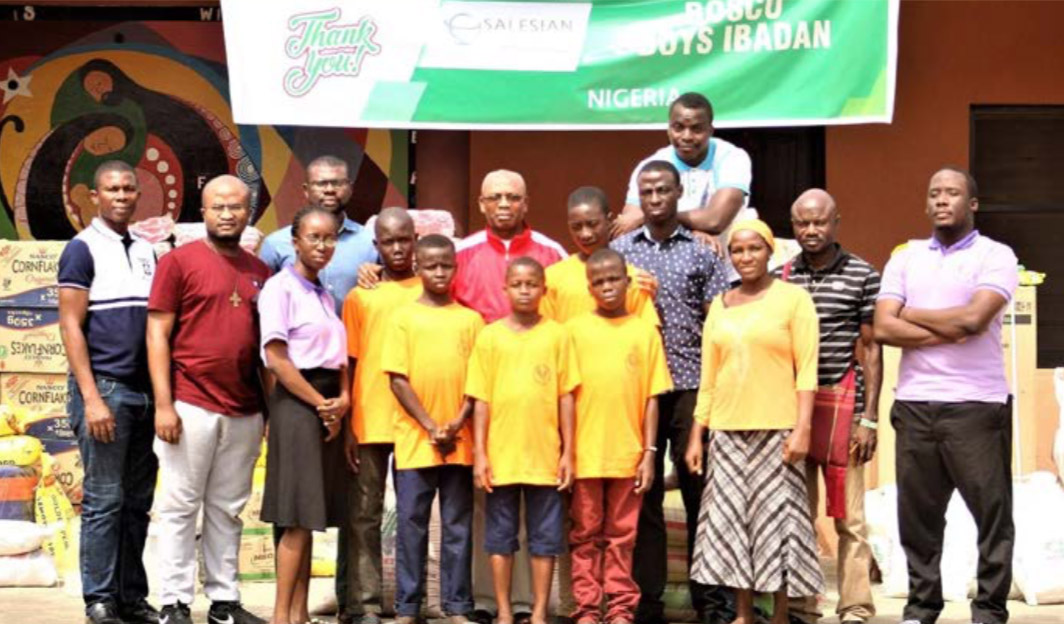 (MissionNewswire) Salesian missionaries are working to improve education, social support and clean water access for youth living in Nigerian communities. In January 2017, Salesian missionaries launched the Bosco Boys Home in Ibadan, the state capital of Nigeria’s Oyo state with a population of more than 3 million people. The new Salesian Home was developed to address the rising issue of street youth.

Young people, some as young as 9 years old, end up living on the streets because of serious social and family problems. On the streets, they are faced with exploitation, delinquency and addiction. In 2018, the Bosco Boys Home cared for 55 children at the shelter. Children were provided accommodation, nutrition, healthcare, rehabilitation, psycho-social support and reintegration and education assistance.

Salesian missionaries aim to protect youth and their rights and offer them the support to become contributing members of their communities. Salesian Missions, the U.S. development arm of the Salesians of Don Bosco, supported the center with donations including food, household items and medical supplies.

In addition, a Salesian Missions “Clean Water Initiative” has funded a project to provide borewells to 10 communities in Nigeria. The implementation of the first phase of the project started in August 2018 and was completed in February 2019. Local contractors worked under the supervision of Salesian missionaries who ensured the work was done properly and on budget. Drilling and tank installation have been completed at all five locations. As part of the second phase of the project, the construction of boreholes has begun at additional Salesian centers.

“Having access to clean water is essential for the health and safety of those we serve around the globe,” says Father Mark Hyde, director of Salesian Missions. “Improving water and sanitation facilities brings a sense of dignity for the children we serve and ensures that teachers and students are working and learning in an environment that promotes proper hygiene and has safe drinking water. This reduces the number of waterborne illnesses that can affect those in our schools, keeping them away from important study time.”