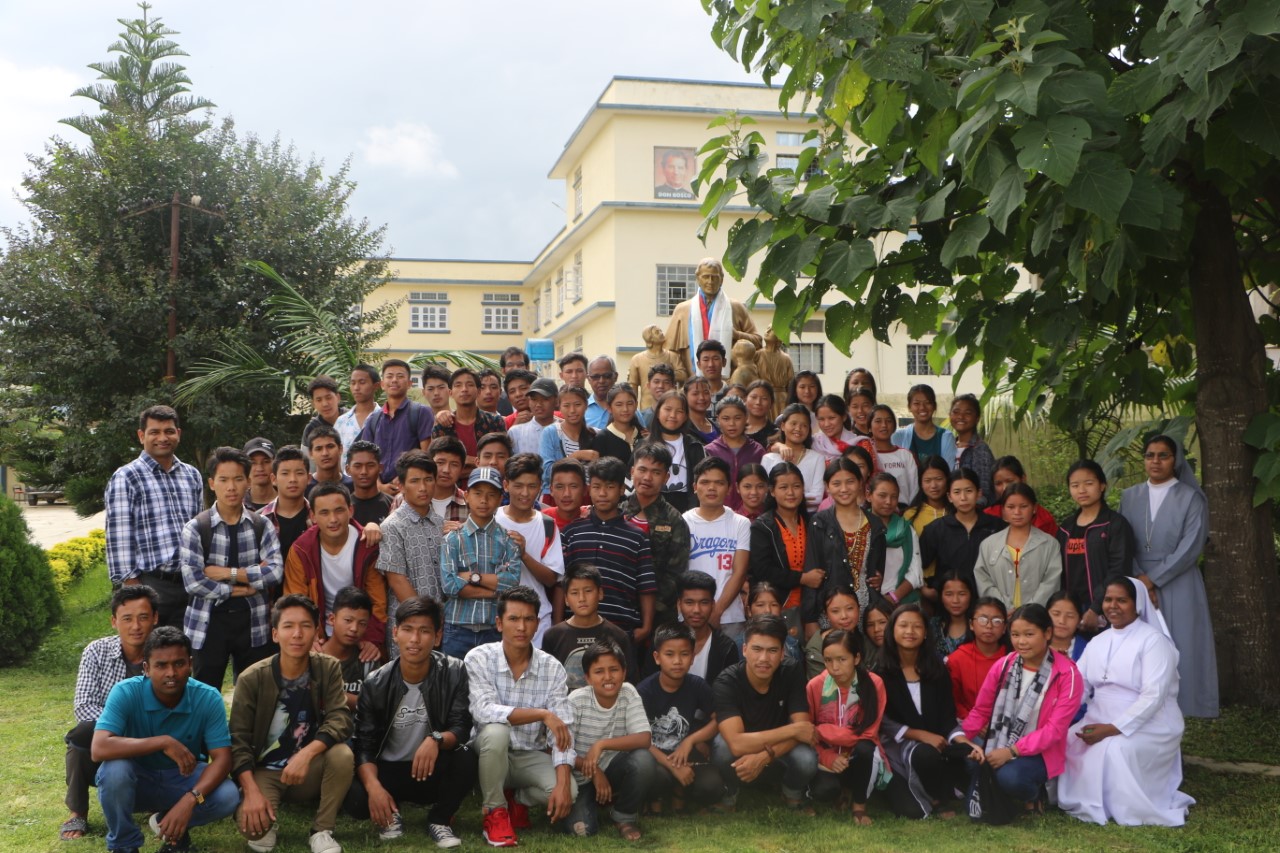 (MissionNewswire) The Don Bosco Center, located in the town of Thecho, Nepal, held a one-day camp for the “Future Helpers” program. The camp, facilitated by six Salesian staff, brought together 70 youth between the ages of 15 and 25 years old. The participants, mostly seniors in high school, want to be involved the Don Bosco “Future Helpers” program and help rebuild Nepal.

The “Future Helpers” program was launched as part of long-term reconstruction efforts after the devastating 7.8 earthquake struck Nepal on April 25, 2015, and the second earthquake that struck just after on May 12. The program, with funding from Salesian Missions, the U.S. development arm of the Salesians of Don Bosco, is addressing the shortfall in qualified people to help in the aftermath of disasters, as well as the long-term education and employment needs of youth in the region.

Salesian missionaries living and working in Nepal have been engaged in long-term reconstruction efforts helping communities to rebuild homes and schools, as well as offering important training to increase the capacity of communities to deal effectively in the aftermath of disasters. In addition, the Nepal Don Bosco Society entered into an agreement with the government of Nepal for the reconstruction of 12 public schools in areas most affected by the earthquakes. To date, 10 schools have been built and equipped in small villages in the Kathmandu valley. Salesian programs are also helping to train teachers and supply school materials in order to offer quality education for children.

“This recent summer camp is one of many activities to help train future leaders in Nepal,” says Father Mark Hyde, director of Salesian Missions. “One of the primary training efforts underway is helping to further the reconstruction efforts and put those in the community who have lost their livelihoods back to work. Salesian missionaries are using their training centers across Nepal to train young men and women in a range of subjects including the building and construction skills needed to assist in reconstruction.”

The “Future Helpers” program created training modules at four Don Bosco Centers in Biratnagar, Chakraghatti, Sirsia and Thecho. Twenty-three boys across the four Don Bosco centers are receiving training in a range of subjects through the program. They attend regular schools and colleges and also receive intensive training on intellectual, spiritual and social subjects to help them cope with the extra responsibilities on top of their daily studying. They are also given motivational sessions and spiritual and moral guidance.

Some of the training topics have included interpersonal relationships, positive outlooks, how to become a better person, leadership, care for the earth and good manners. Because the boys are from local villages, they have limited experience with spoken and written English so English language training is included in their education. The boys also learn management skills related to time and punctuality, self-esteem building and the importance of spirituality and prayer.

In addition, Salesian missionaries offer educational talks during assembly and in the evenings on topics like caring for one another, respect for people, cleanliness and learning how to stop wasting water, electricity and food. The boys are able to use the skills they are learning through interaction with their teachers, Salesian missionaries and other staff, as well as guests and visitors at the centers.