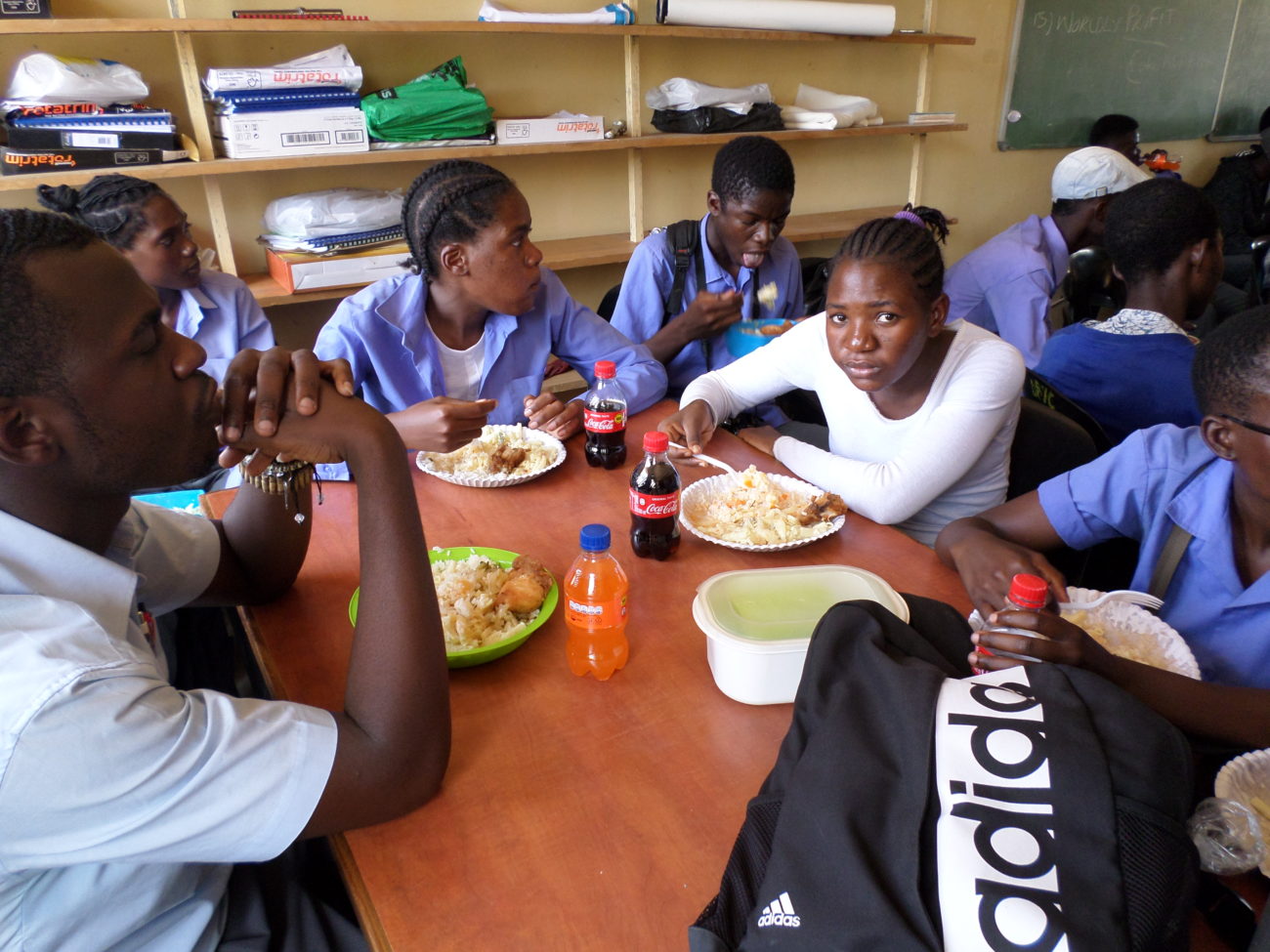 (MissionNewswire) Youth attending Don Bosco Youth Center in Rundu, Namibia, have access to better nutrition thanks to Salesian Missions donors. Hunger has been declared a national disaster in this drought-ridden country. With donor funding, Salesian missionaries running the Don Bosco Youth Center are able to provide breakfast and lunch for 200 children as they work to keep them off the streets. The center is also training adults about food security so they can store food for the future.

Rundu is the second largest city in Namibia and it is 700 km away from the capital city of Windhoek. Rundu has two regions, Kavango West and Kavango East, and lies on the borders of Angola, Zambia and Botswana. It is a desert area and cultivation of food is very difficult, leaving the population of close to 110,000 people in abject poverty.

The Don Bosco Youth Center was opened in 2002, and provides shelter and services for homeless youth. The center offers computer classes for 65 students, pre-school for 70 children and school for 104 students who have dropped out of formal education. In addition, more than 80 youth attend the daily oratory activities including sports programming. The aim of the feeding project is to provide food for the children who are now going through difficulties due to the hunger that has stricken the country.

“As a center we want to provide these children with breakfast and lunch every day so that we can stop them from going back to the streets to beg and to expose themselves to the evils that take place in the streets,” said Father Louis Malawa, project manager at the Don Bosco Center. “We also want to train people in food security in the sense that whatever they may produce through alternative farming, they can stock it for the future use instead of using it immediately. We appreciate of the donor funding, which is helping us to feed the children.”

The Don Bosco Center nutritional project, like many that are funded by Salesian Missions, needs ongoing support from donors. To contribute to this project or others, Salesian Missions offers a “Fund a Project” section on its website with more details.