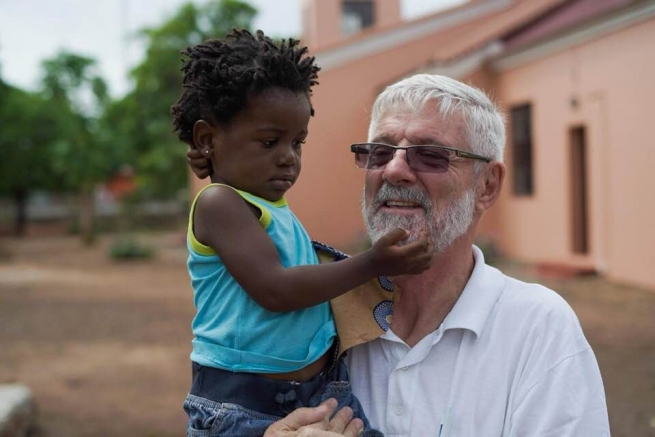 (MissionNewswire) Salesian missionaries in Mozambique are responding to the call for emergency aid after Cyclone Idai, a Category 4 storm, brought weeks of rain, floods and high winds to parts of Mozambique, Zimbabwe and Malawi. Mozambique was hit especially hard with the storm making landfall in the country with sustained winds of 120 mph. The Atlantic is reporting that more than 750 deaths have been attributed to Cyclone Idai so far while thousands remain stranded in remote rural areas.

The United Nations World Food Program is reporting that more 600,000 people have been displaced. It has deemed the crisis a level three emergency on par with war-torn Yemen, Syria and South Sudan.

As water and food are in short supply, international aid is starting to reach the region but is hampered by destroyed roads and flooded remote villages. Workers are struggling to repair roads, restore power and take care of survivors. Of particular concern is preventing an outbreak of cholera with cases already reported by the Red Cross in Beira, a coastal city in Mozambique that took the brunt of the storm.

Salesian missionaries living and working in the region have not suffered direct damage and are active in helping with relief operations. They are concerned for several students boarding at the Salesian centers who have family in the areas affected. Missionaries are also working with other religious groups in the region to raise funds for Caritas and other nonprofit organizations like Doctors without Borders to help support immediate relief and first aid operations.

Missionaries within Salesian educational centers are collecting basic necessities such as food, medicines and clean drinking water for those in the affected sites. “We thank everyone for the prayers and solidarity shown so far. Do continue to help us,” said Father Marco Biaggi, the superior of the vice province of Mozambique.

Salesian missionaries have been living and working in Mozambique for 110 years, providing education and social development programs for poor youth. The country gained its independence in 1975 but a civil war erupted in 1977 and lasted until peace treaties were signed in Rome in 1992. The civil war left some 60,000 youth with few employment prospects, little training and war being the their only education.

Salesian missionaries began offering vocational and technical training for these youth with the goal of helping them gain employment and life skills that would prepare them to live independently and support themselves. Today, there are five Salesian centers in the country offering basic education along with vocational and technical training. These Salesian centers have made critical partnerships with local businesses to ensure youth are able to make the transition from the classroom into the workforce. These partnerships also help tailor the Salesian skills training to meet local workforce needs.

The Atlantic – The Aftermath of Cyclone Idai in Mozambique and Zimbabwe