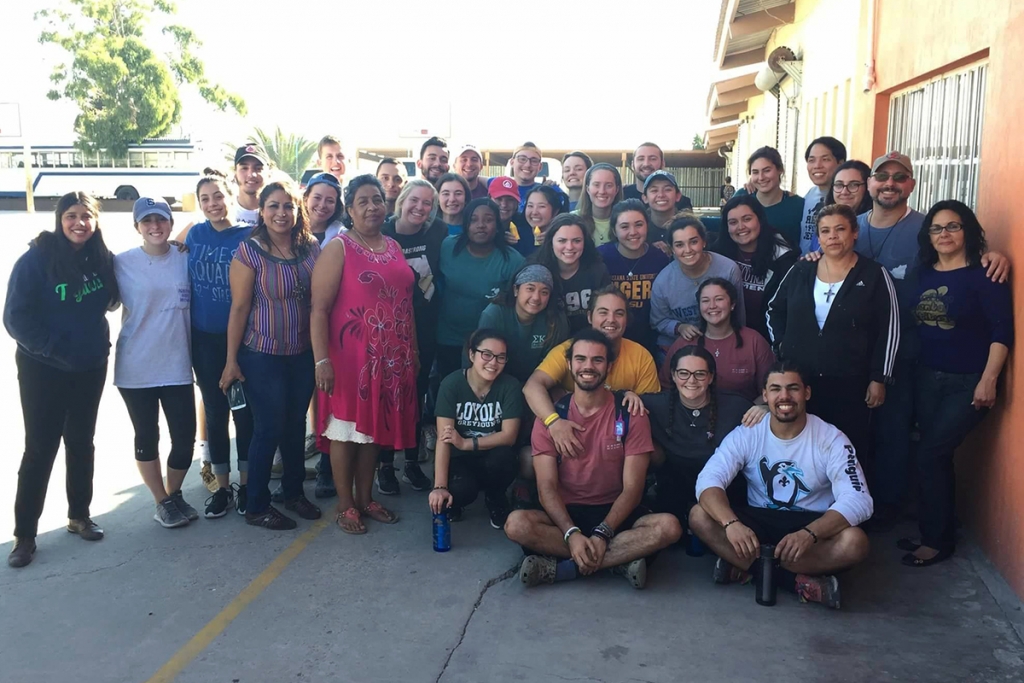 (MissionNewswire) In December 2017, a group of Salesian university student volunteers from different locations across the United States, accompanied by Salesian Father Abraham Feliciano, arrived in Tijuana, Mexico to provide support for the Salesian Refectory Padre Chava, which assists migrants and people living in the streets. The volunteers contributed food they helped prepare and served it in the canteen to the many people in need.

The Salesian Refectory Padre Chava is located at the Salesian Center in Tijuana on the U.S.-Mexico border. The refectory provides meals and other assistance to migrants from Mexico, Central America and Haiti, as well as those who are homeless, the elderly, people with disabilities and those suffering from extreme poverty. Each day, 900 to 1,200 meals are served, and during Christmas, Easter and summer, the numbers increase.

Those dreaming of being reunited with their families in the U.S. and those deported from the U.S. often arrive at the center with very little. The Padre Chava Refectory helps migrants obtain or manage their official papers and documents and plays a very important role in caring for the Haitian migrants who, in recent months, have flocked into Tijuana. In addition, Padre Chava acts as a hub for care packages, such as food and clothing, that have been sent as aid to those in Mexico in response to recent earthquakes in the country.

“Salesian missionaries in these communities continue to provide education, safety and the promise of a better future for youth in need,” says Father Mark Hyde, executive director of Salesian Missions, the U.S. development arm of the Salesians of Don Bosco. “Salesian students in the United States and across the globe often find opportunities to give back to others in need.”