Home / ANS  / MEXICO: Salesian Center in Tijuana provides meals, shelter and other critical resources to migrants and those at-risk

MEXICO: Salesian Center in Tijuana provides meals, shelter and other critical resources to migrants and those at-risk 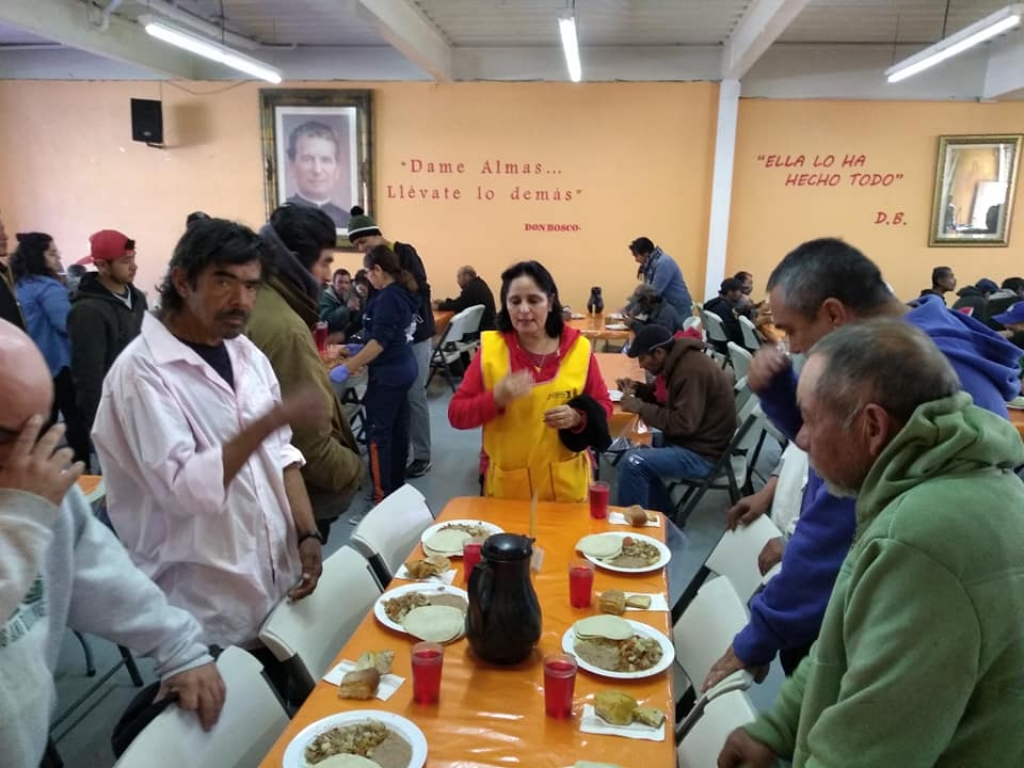 (MissionNewswire) Salesian missionaries are providing assistance to thousands of migrants and people at-risk through the Tijuana Salesian Project and the Salesian Refectory Padre Chava located at the Salesian Center in Tijuana, Mexico. The refectory provides meals and other assistance to migrants from Mexico, Central America and Haiti, as well as to homeless people, the elderly, people with disabilities and those suffering from extreme poverty.

Each day at the Padre Chava Refectory, 900 to 1,200 meals are served with numbers increasing during Christmas, Easter and summer. Recently, the numbers have been increasing due to the influx of migrants. Salesian missionaries are already serving their maximum number of 1,200 breakfasts and they are preparing to continue at that pace. In preparation, they are engaging 200 volunteers and additional supplies.

Salesian Father Agustín Novoa Leyva, who facilitates the Tijuana Salesian Project and the Salesian Padre Chava Refectory, notes, “From the moment we knew the migrant caravans from Honduras entered Mexico, we started to prepare. But in these situations, it is very difficult to foresee everything because unlike the other cities that they were in transit, here the path of the caravan to the United States cannot proceed beyond three months, according to the latest U.S. laws.”

Those dreaming of being reunited with their families in the U.S. and those deported from the U.S. often arrive at the center with very little. The Padre Chava Refectory helps migrants obtain or manage their official papers and documents and plays a very important role in caring for the Haitian migrants who have flocked into Tijuana. In addition, Padre Chava acts as a hub for care packages such as food and clothing that has been sent as aid to those in Mexico in response to recent earthquakes in the country.

“Migrants are people in a special situation. Perhaps they are experiencing their crises, and we do not understand their reactions,” explains Fr. Leyva. “Tijuana is a city that has always welcomed people. I hope it does not change in this case.”