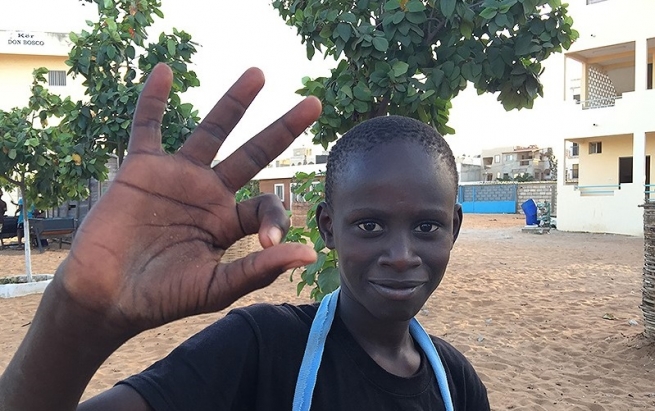 (MissionNewswire) Salesian missionaries have recently built the St. John Bosco secondary school in Touba, a small town in Mali which had no other secondary educational institutions. The school was completed with the assistance of the Spanish Salesian organization, Solidaridad Don Bosco, which aims to give youth at risk of social exclusion access to quality education.

The Salesian parish in Touba includes residents from 76 local villages. Recently, Salesian missionaries opened 15 classrooms to guarantee literacy education for the local community and started technical and vocational training projects. They also created a small sports center and constructed a boarding school that accommodates 50 students aged 12 to 17 who come from distant rural villages.

In the past, many youth from Touba ended primary school at the age of 12 or 13 and then had to move to the nearest city more than 20 kilometers away to continue their studies. In Mali, more than a million children do not attend primary school at all and an additional one million do not attend secondary school. In 2017, more than 650 schools were closed by terrorist groups. Father Edmond Dembele, Secretary General of the Episcopal Conference, observed that Mali has become “the epicenter of jihadi groups that are rampant in the Sahel.”

Salesian missionaries began construction of the St. John Bosco secondary school because the area offered no educational institutes for older students. The new high school now serves more than 400 youth from 17 villages in the region. Together with the construction of the new school, a gender awareness development plan is in place to facilitate girls’ access to education and to foster and welcome their participation in the activities of the local oratory.

Salesian missionaries aim to improve the quality of the educational services provided by investing in teacher training, the purchase of books for the library, the creation of a study hall that will remain open all day and the strengthening of the management and planning capabilities of the center. Salesian missionaries are also planning construction of a kitchen in the boarding school. The goal is to provide poor youth in Mali an educational foundation as well as the vocational and technical skills training necessary to find and retain employment.

“Education is always our primary focus,” says Father Mark Hyde, director of Salesian Missions, the U.S. development arm of the Salesians of Don Bosco. “But we know youth in Mali are dealing with much more than just needing access to education. Salesian programs are tailored to meet the needs of the youth in the communities they serve. Homeless and malnourished youth are simply not able to focus effectively on their studies while they struggle to meet their basic needs. Our services provide food and shelter so youth are able to focus on the education provided.”

According to the World Bank, poverty in Mali is pervasive. Food sufficiency is dependent on the harshness and unpredictability of the climate, which is compounded by seasonal variations in the weather which tend to be particularly acute during the pre-harvest period. While Mali experienced an overall drop in national poverty from 55.6 percent in 2001 to 43.6 percent in 2010, regional differences persist and in 2013, the poverty rate rebounded to 45 percent. Mali ranks 179 out of 188 countries on the United Nations Human Development Index for 2015.